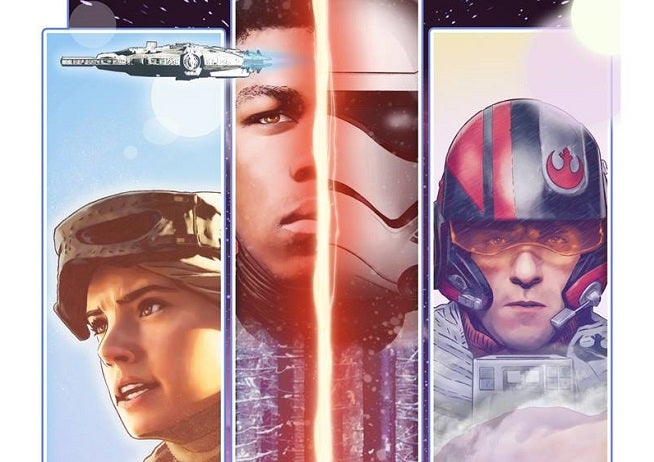 While Star Wars: The Force Awakens will surely be a nostalgic experience for many viewers, director J.J. Abrams is making sure that his film doesn't dwell on the galaxy's glory days.

During a recent interview, Abrams discussed how difficult it was finding the right balance of references and allusions to both the original trilogy, other Star Wars lore, and the thirty year's worth of events separating Return of the Jedi and The Force Awakens. While he understandably wanted to honor the rich mythology that Lucasfilm has built, he also didn't want The Force Awakens to devolve into a reel of fan service.

"[W]e've obviously had a lot of time [during the development process] to talk about what's happened outside of the borders of the story that you're seeing. So there are, of course, references to things, and some are very oblique so that hopefully the audience can infer what the characters are referring to. We used to have more references to things that we pulled out because they almost felt like they were trying too hard to allude to something," Abrams told Vanity Fair. I think that the key is—and whether we've accomplished that or not is, of course, up to the audience—but the key is that references be essential so that you don't reference a lot of things that feel like, oh, we're laying pipe for, you know, an animated series or further movies. It should feel like things are being referenced for a reason."

Indeed, Easter eggs must be as tempting as the Dark Side for a film like The Force Awakens, so it's a relief to hear that Abrams wasn't seduced.