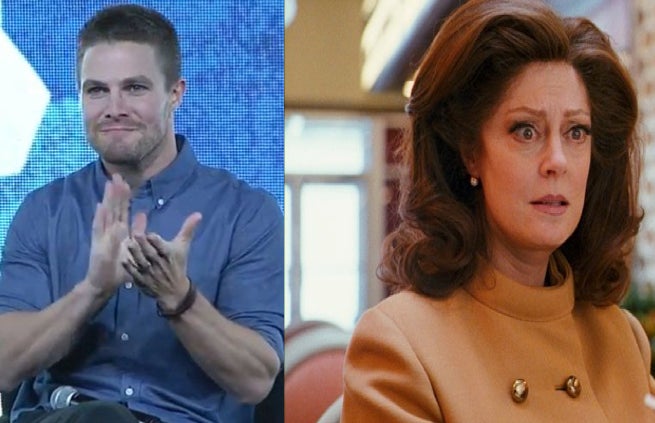 Arrow’s Stephen Amell is in talks to star with Susan Sarandon in the upcoming comedy film, Whatever Makes You Happy.

The film, based on William Sutcliffe’s novel, tells the story of three mothers who have been friends since their sons were in diapers. Now adults living in New York City without direction or contact with their mothers, the sons are surprised when the moms make an unannounced visit. As the neglected mothers and astray sons reconnect, they expose the flaws and strengths hidden within all of them. Presumably, Amell would play one of the sons while Sarandon would play one of the mothers.

Cindy Chuck, who’s past credits include Modern Family and Sex and the City, will direct the film, according to The Hollywood Reporter. A seasoned writer and producer, Chuck will make her feature directorial debut with Whatever Makes You Happy. Should Amell take the part, it would be the first theatrical feature role of his career. He has previously only starred in television series or television movies.

Principle photography for Whatever Makes You Happy is set to begin June 2015 for an unannounced 2016 release date.