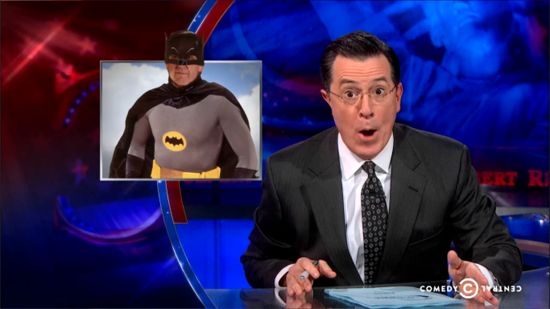 With excitement over the Batman Vs. Superman movie and the heartwarming story of Batkid, Batman continues to be a mainstay in the news. On Tuesday night’s The Colbert Report, Stephen Colbert offered up his own humorous Batman theory.

“He’s just like Bruce Wayne. He’s a wealthy bachelor who lives alone in a giant mansion. And Bruce Wayne has the Batmoblie, while Francis has the Popemobile,” said Colbert. “Not only that, Batman talks to Morgan Freeman, and the Pope talks to God, who is also Morgan Freeman.”