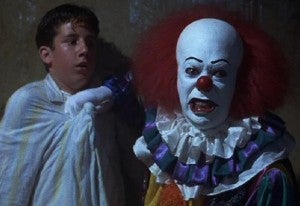 From Jane Eyre to It doesn't necessarily seem like a straight line, but that's exactly the route being taken by writer/director Cary Fukunaga, according to a story at The Hollywood Reporter. The up-and-coming young director will reportedly adapt Stephen King's gargantuan novel as two feature films and direct both of them for Warner Brothers, with John Silk and Seth Grahame-Smith producing.

The story revolves around a group of kids who go to war with a shape-shifting, child-eating creature whose favorite form is that of a sadistic clown. After defeating Pennywise (that's the clown's name) as children, they collectively forget the entire incident only to be forced to relive it when they have to square off with the monster again as adults. Warner had originally intended to adapt the film into a single movie, but the two-film format will give the writers more room to breathe and, as much as any book can, this one lends itself to the format change given the two separate battles with the killer clown.

A previous film adaptation of It exists already as a TV miniseries, created in 1990 and starring, among others, John Ritter and Tim Curry.

Stephen King's It Will Be Two Movies By Jane Eyre Director