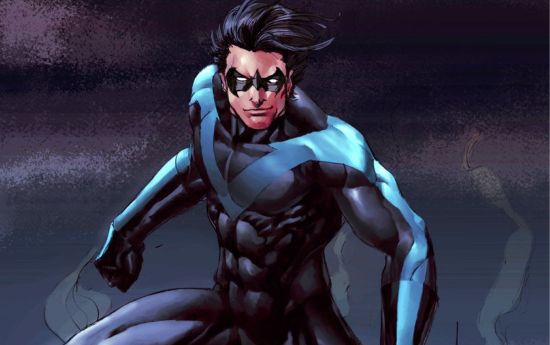 Sometimes the Internet starts rumors about actors being up for various superhero or villain roles in comic book movies and TV shows, and sometimes the actors themselves start the rumors. Late yesterday, Steven McQueen tweeted, “Had some superhero conversations with the executives this weekend @ARROWwriters.”

Now, if Steven McQueen tweets he’s had conversations with executives at The CW about Arrow, then he probably has. Steven McQueen plays Jeremy Gilbert in The CW show The Vampire Diaries, so he has a working relationship with the network. But what superhero role could McQueen be chatting with The CW executives about?

Well, looking back at McQueen’s Twitter feed, he tweeted a photo of himself in a Nightwing t-shirt a couple days ago, along with the text, “Nightwing training @ARROWwriters @GBerlanti @KyleDHiggins @RapaportCasting.” His original tweet might could have been written off as just some wishful campaigning until his follow-up tweet about some actual conversations taking place.

Now, it’s always possible that The CW executives saw the photo of McQueen working out and decided to call him in for a different role than Nightwing, but there have been a couple hints that Nightwing could soon become a part of Arrow. The city of Bludhaven, which is Nightwing’s base on operations in the comic books, has been mentioned on Arrow. Arrow star Stephen Amell has also hinted that more DC Comics characters will be appearing on Arrow, even though he’s stopped short of confirming or denying Nightwing in specific.

Of course, Nightwing has also been in the news lately, because of rumors the character will appear in the upcoming Batman Vs. Superman movie. It's still unclear how or if the DC TV Universe will connect with the DC Cinematic Universe.

Had some superhero conversations with the executives this weekend @ARROWwriters