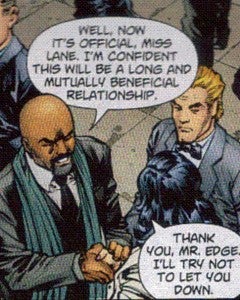 It used to be big news when a formerly white comic book character turned black. Publishers would put out press releases touting their newfound diversity, and fans would engage in heated debate over the change. Just recently, when Marvel Comics announced the first half-black, half-Hispanic Spider-Man, it attracted the attention of all the national press.

Even when Laurence Fishburne was cast as Perry White in the upcoming Man of Steel movie, many blogs and websites were quick to report the change in ethnicity. Now, another supporting character in the Superman comic books has undergone an ethnic transformation, but no one in the media appears to have noticed.

In Superman #1, Morgan Edge is introduced as the African-American President and C.E.O. of Galaxy Communications, which owns the Daily Planet, where Clark Kent is employed as a reporter. While Morgan Edge isn’t as well known a supporting character in the Superman stories as Lois Lane or Jimmy Olsen, he has appeared off and on in the Superman comic books since the early seventies. He also played a role in the Smallville television series. 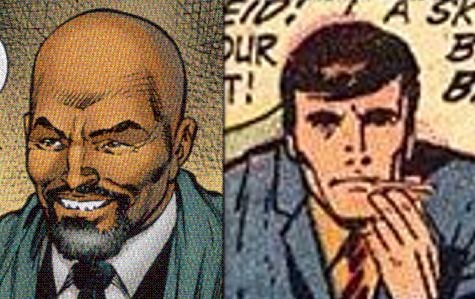 In his previous appearances in comic books and on television, Morgan Edge has been portrayed as a middle-aged white man. Superman #1 marks the first appearance of the character as a black man. Despite the fact that almost every little change in the new DC Universe has inspired massive media coverage, virtually no media outlets have picked up the change involving Morgan Edge.

Of course Morgan Edge isn’t exactly a name everyone knows like Peter Parker, so it’s probably not considered that newsworthy outside the comic book fan press. Given that DC Comics didn’t put out a press release about it, many probably aren’t familiar enough with the character to be aware of the change. Also, Superman #1 had a lot going on with the introduction of a muscular Perry White and Lois Lane’s shirtless boyfriend, so the new black Morgan Edge might have gotten lost in the shuffle.

Superman Supporting Character Turns Black But No One Notices