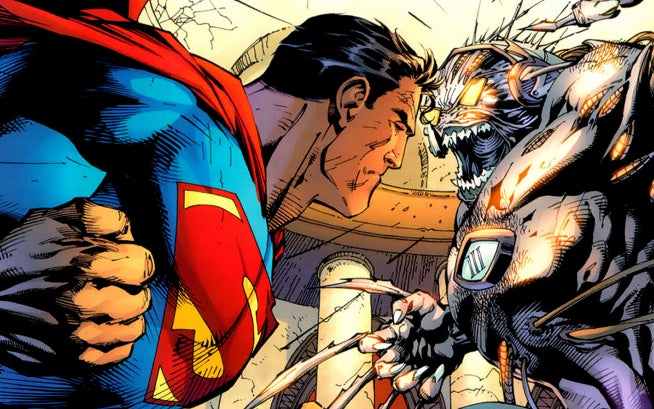 Fan trailer enthusiast Alex Luthor is back and as usual he delivers in a most epic way.

In this video, he and and fellow video editor Kashchei2003 provide a take on what a possible Superman/Doomsday film would look like.

Superman vs. Doomsday is inspired by the 1992 comic storyline, The Death of Superman.

In the story, the Man of Steel must battle a seemingly unstoppable killing machine who is aptly named Doomsday. At the conclusion of the brutal war, both Superman and Doomsday apparently die from their wounds in the middle of the streets of Metropolis.

The storyline resulted in record breaking comic book sales and made both national and international headlines. Inevitably Superman returns to save the world once more.

The Death Of Superman storyline was loosely adapted into the 2007 DC animated film, Superman: Doomsday.

Superman Vs. Doomsday In Fan-Made Trailer