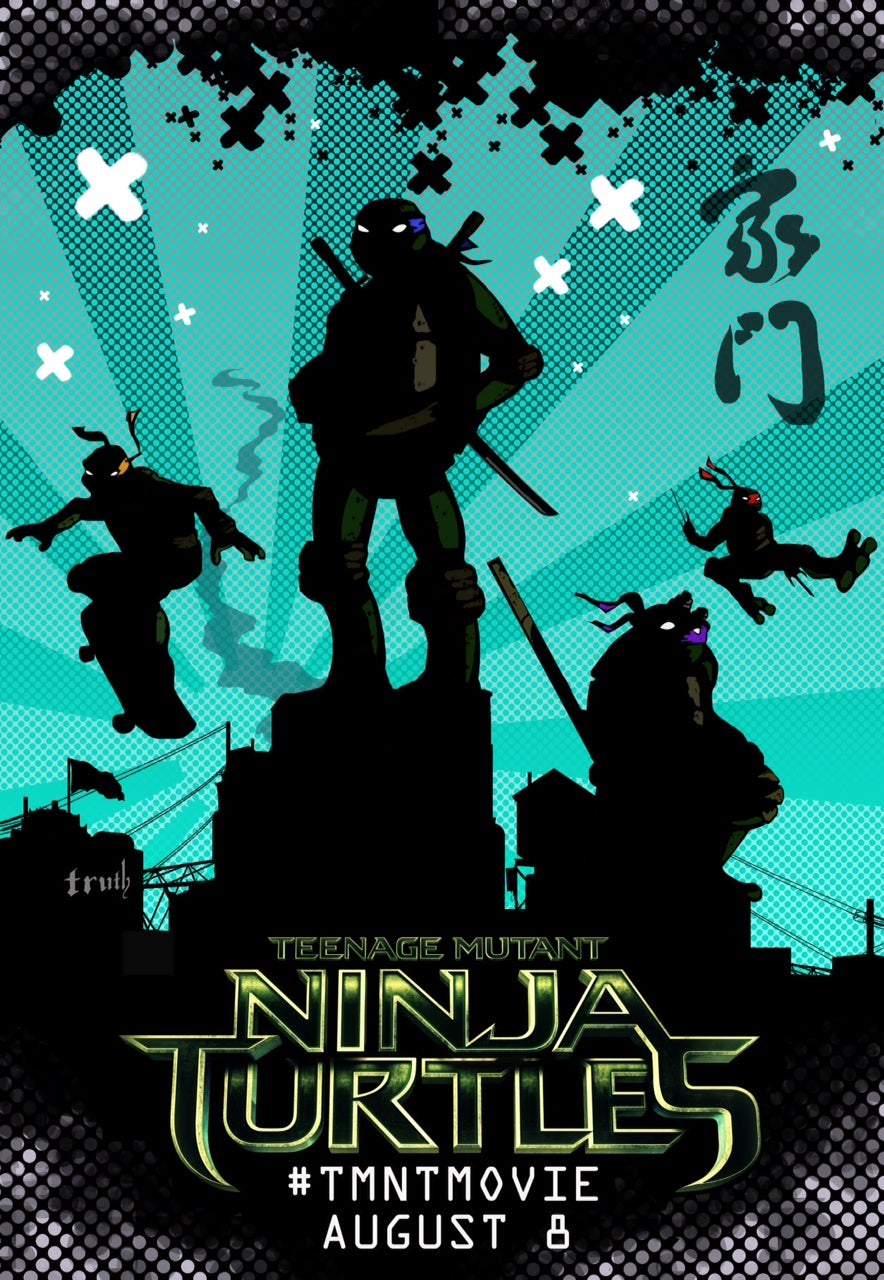 Paramount Pictures have released a number of new promotional posters for their upcoming film adaptation of Teenage Mutant Ninja Turtles.

All featuring stylized artwork rather than photography, the film itself gets a poster (above) and each of the Turtles, plus The Shredder, get character posters as well.

The Turtles are more or less as we've seen them, although this is (albeit drawn and stylized) the clearest shot we've yet had of The Shredder, which more or less confirms rumors from months ago that the character is leaning into the direction of parody, with an incredibly complicated outfit that has blades coming from everyplace, at every angle.

Whether that's intentional (the Teenage Mutant Ninja Turtles, after all, were originally a send-up of superhero comics and conventions) or not, we'll see when the film hits theaters on August 8.

In the meantime, check out the posters above and below.

The artist is Mike Johnston, whose outdoor art can be viewed around Austin, Texas, featuring the Turtles right now.

By day Johnston teaches elementary art and at night he is a self-described street art evangelist.  He loves to paint on found objects and on giant concrete walls.  The four years that he and his wife lived overseas in Asia and the Middle East really shaped his creative process. One thing he hopes to be true about his art is that it brings a smile.  His major influences have been comic books, Jesus Cristo, and street art.

Johnston's original TMNT inspired artwork and mural are currently on display at the HOPE Outdoor Gallery in Austin. 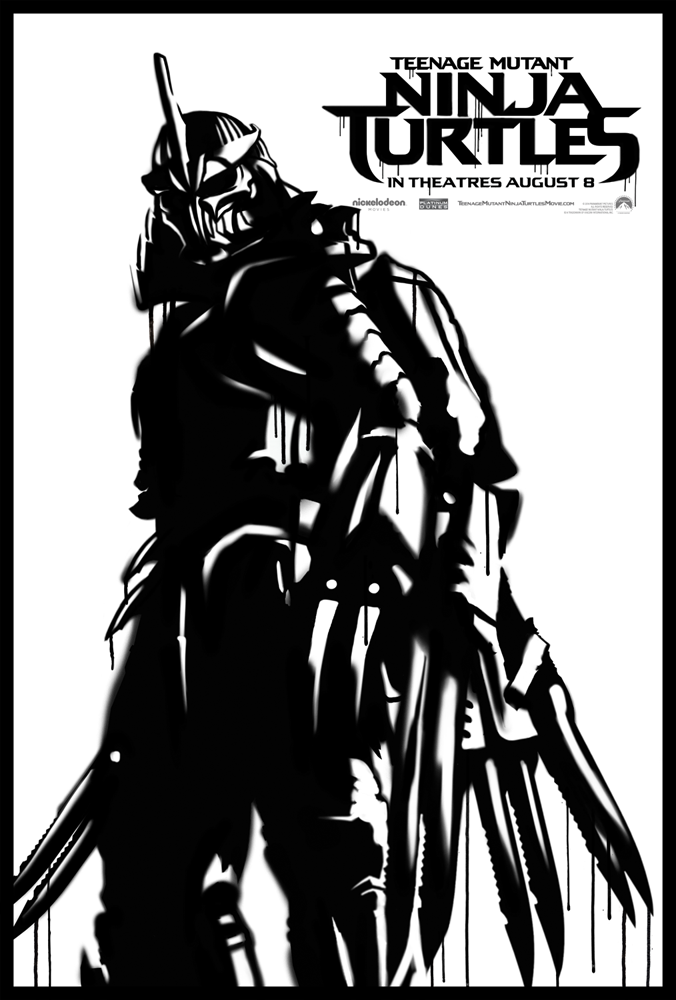 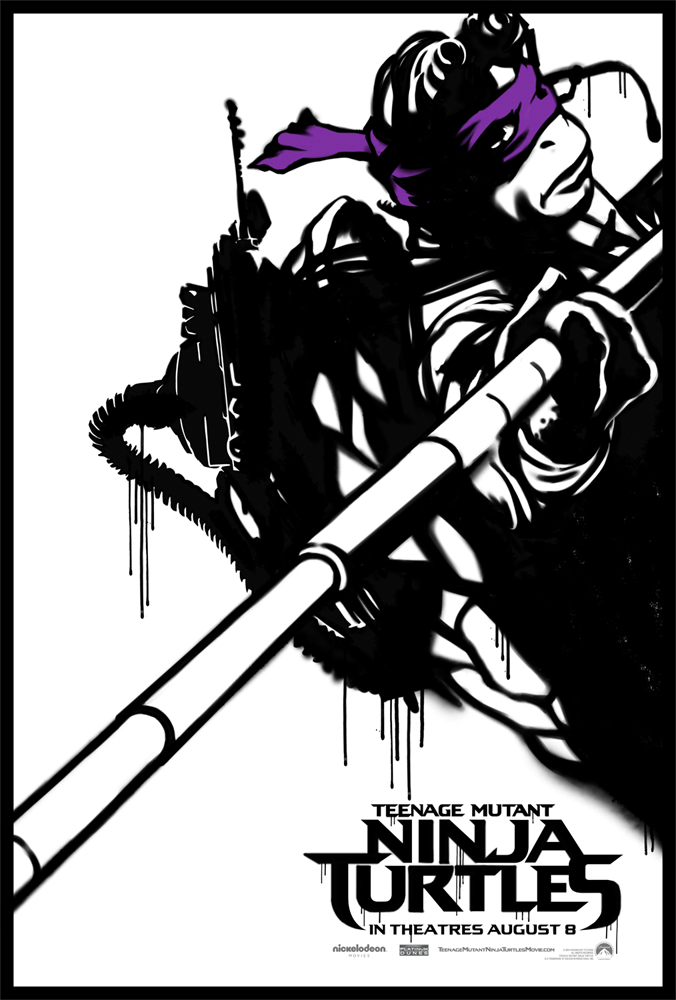 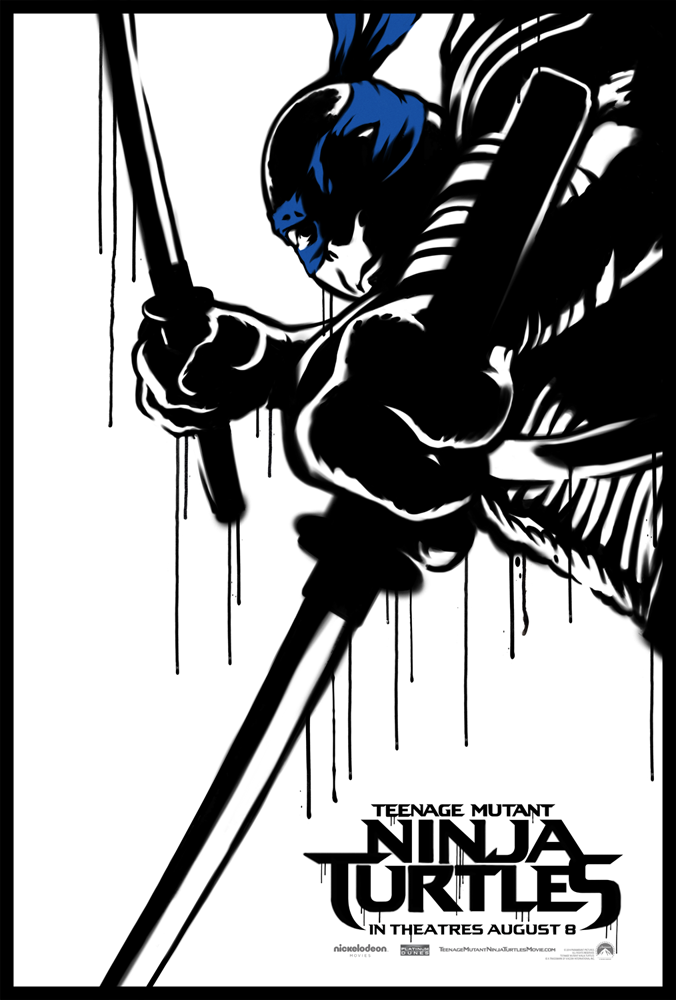 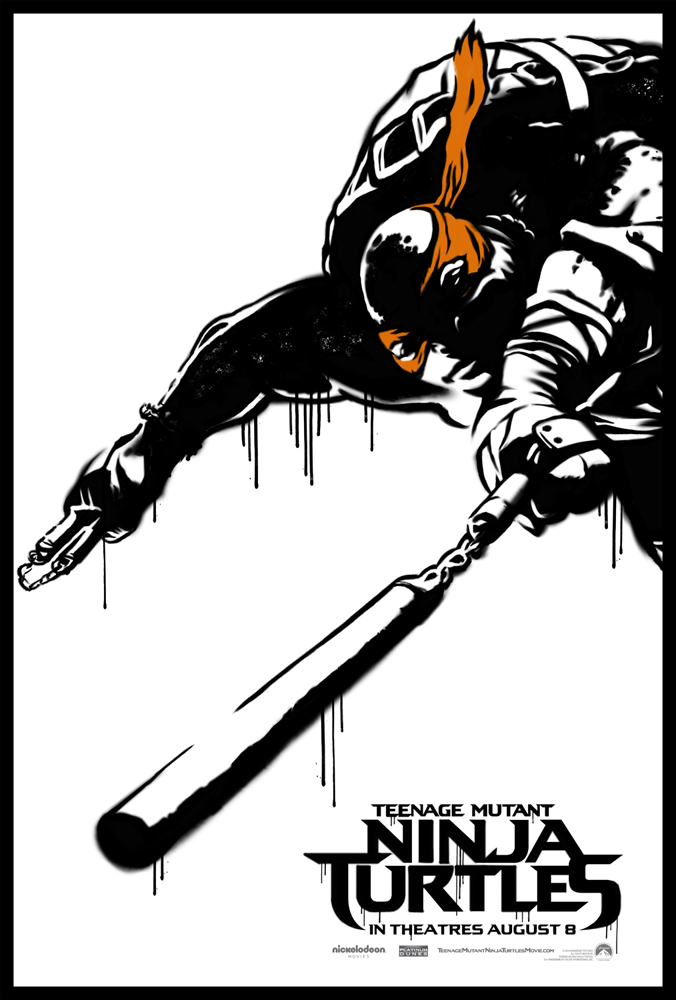 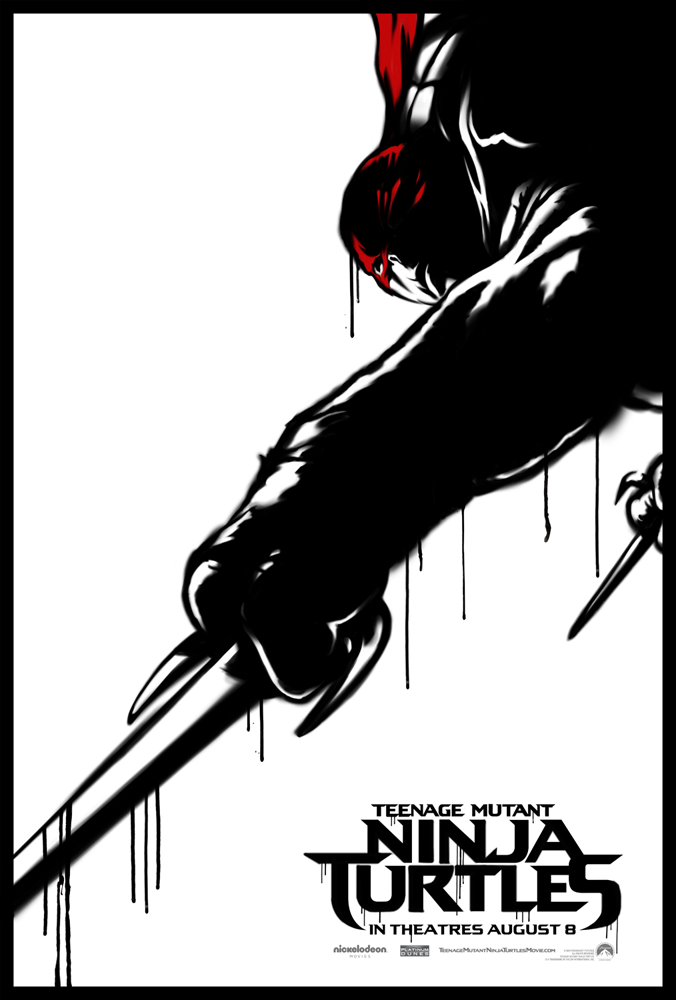