Last week, TNT surprised everyone by launching a remake of classic primetime soap opera Dallas that somehow managed to impress people in its premiere episodes. Averaging almost 7 million viewers over the course of its two hours, the show is now a bona fide hit for the network, which was taking a huge gamble by remaking something that few people remembered (but that those who did considered somewhat hallowed ground). 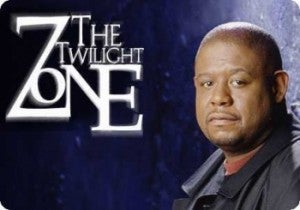 The Twilight Zone While this one's nowhere near as bad as the rest of the series on this list, its noteworthy because the original was a legend and this one was just...not. Not bad, exactly, but incredibly disappointing. Like Dallas, if you're going to remake The Twilight Zone, you'd better knock it out of the park, and they just didn't. Which is really a shame, because Forrest Whitaker, who hosted the show before going on to win an Oscar, is fantastic and at least as compelling as Rod Serling, so they had a good base to build from. Part of it may be that they were more focused on trying to stand up to the legacy of recent monster-of-the-week shows like The X-Files and didn't focus enough on letting the weekly stories stand on their own, but whatever it was, this was a pretty awful idea that needed to be executed well, or it would go down in infamy. 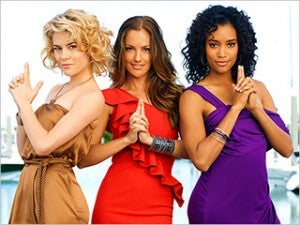 Charlie's Angels This one was much-hyped about a year ago, but it wasn't what you'd call a hit. No, rather it was off the air after only a month. The show was fatally flawed in that it played with the same tone and used a lot of the same gimmicks that McG's feature films based on the franchise did, shedding the influence of its TV predecessor in doing so. The McG films, though, leaned heavily on the fact that the actors who appeared in them were monumentally famous--something that nobody in this show had going for them--and so fans were not just turning out to see Charlie's Angels, but to see how Cameron Diaz would do Charlie's Angels. 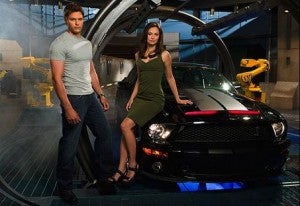 Knight Rider One of a truly remarkable number of remakes that have come to TV in the last few years, of which only Hawaii Five-O and 90210 seems to have made it, Knight Rider was the worst of a pretty bad lot that included things like The Bionic Woman and the above-referenced Charlie's Angels. NBC has been struggling for quite some time to make hay with scripted programming; their most reliable hits are things like The Office, which is pushing a decade old now. The temptation to dip into the franchise pool to create something recognizable, then, was probably inevitable but like Charlie's Angels, this was a property best known to anyone under 40 for its camp value. That means that if you were going to play it straight, you had to make a really good pilot that grabbed people from the minute it went onscreen. Instead, the show was as bad as the idea, as evidenced by the fact that the only thing anyone talked about during its short shelf life was the car, and the endorsement deal signed with Ford in order to get it onscreen. 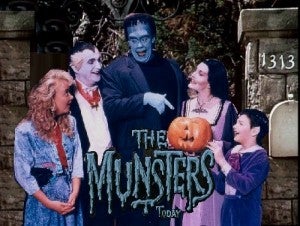 The Munsters Today With Mockingbird Lane, a new reinterpretation of The Munsters, hitting the airwaves in the fall from Bryan Fuller and Bryan Singer, it's worth stopping to realize that this show has already been remade, and that it was pretty dreadful. With Jerry O'Connell and Eddie Izzard connected to the new iteration, it seems a lot less likely...and especially because Fuller and Singer have expressed that they want to reinvent the show to be a little darker and more edgy. While that's been met with howls of indignation from many quarters, it's arguably the only way to make a franchise like The Munsters work in today's TV marketplace.  Even the Addams Family movies, which of course are very similar in tone and content, only really worked when they came out many years ago because in a film you can have a single, standalone story that can be as campy as you like and people will accept it as part of the movie's aesthetic. On television, that doesn't really work; quickly the charm will wear off and you'll just be left with a show that feels like it hasn't changed with the times. "The Munsters was a great show", the pilot's writer told The Munsters Today Information Archives, "and I didn't see how it could be improved." Maybe that was your first sign that you shouldn't have done it--because telling all the same jokes but going, "Ooh, look! They have a cell phone in this version!" just doesn't cut it. 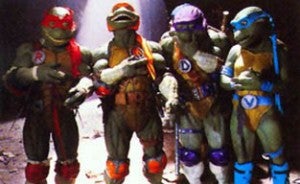 Ninja Turtles: The Next Mutation Why, God, why? When people started talking about the upcoming Ninja Turtles movie and the many things Michael Bay is planning that anger the fans, this awful live-action TV adaptation of the beloved comics and animation legends inevitably came into the discussion, forcing us to relive memories that we had all repressed.

The 5 Worst Genre TV Reboots of All Time