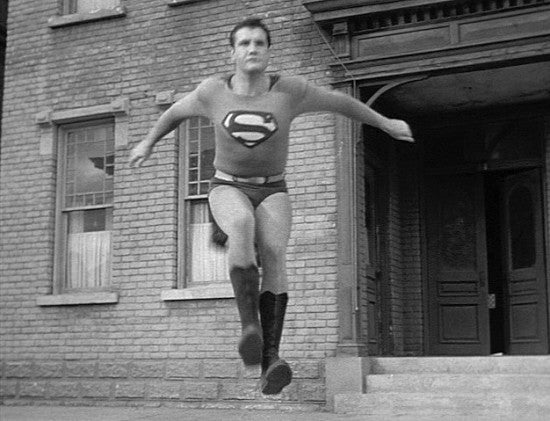 Warner Archive Instant, the streaming video service that Warner Bros. offers to give fans a chance to enjoy a huge number of their Warner Archive titles, has added the first two seasons of the George Reeves-starring The Adventures of Superman series from the '50s.

The Warner Archive launched as a print-on-demand service that offers fans the opportunity to pay a premium for movies not popular enough to support a full, retail DVD or Blu-ray release and the accompanying costs for distribution and promotion. DC Comics properties like motion comics have been released through the program, as well as the pre-Lynda Carter Wonder Woman pilot, later seasons of The Adventures of Superman (earlier seasons did get a non-Archive release at one point) and oddities like Steel and The Legend of the Super-Heroes.

Warner Archive Instant operates like Netflix, with a monthly fee covering all the streaming you want to do from its library of titles. Obviously, Warner Archive's titles are more limited and often don't have the commercial appeal of Netflix's, but things like The Adventures of Superman and The Man From U.N.C.L.E. (currently in development as a major motion picture starring Henry Cavill from Man of Steel) might at least make it worth the two-week free trial the studio is curerntly offering. 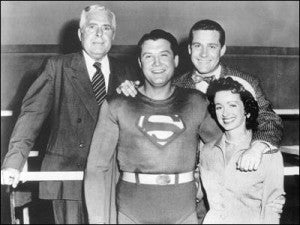 There's some other cool stuff popping up in HD on the Archive now, presumably because mainstream DVD release didn't sell well enough to justify a Blu-ray release. That means Warner Archive Instant is offering HD streaming of things like Scorcese's Alice Doesn't Live Here Anymore (starring Blade's Kris Kristofferson) and Antonioni's Blow-Up (a poster for which appears in the trailer for The Amazing Spider-Man 2). And unlike his apparently-evil Alexander Pierce in Captain America: The Winter Soldier, Robert Redford plays an incorruptible public servant in the '70s classic The Candidate, which is constantly being eyed for a potential remake.

The Adventures of Superman Now Streaming on Warner Archive Instant