Ever since unofficial photos leaked out from the Avengers set that showed what looked like alien spaceships, everyone has been wondering who the aliens are. In an interview with Empire Magazine, Marvel Studios President Kevin Feige even teased, “Who said there were aliens?” 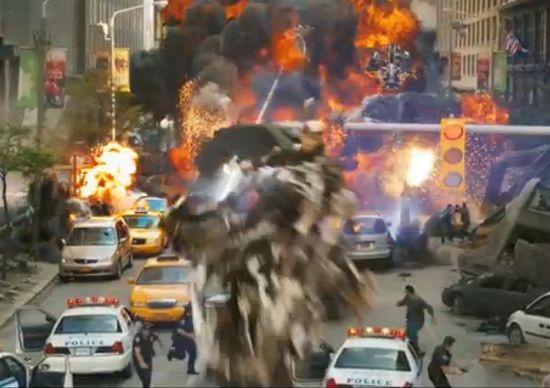 Now, that the alien ships have apparently shown up in an official Avengers preview, everyone in the media is playing the guess the alien game. Many think that they might be Skrulls, but Feige denied Skrulls would be in the movie in the same Empire Magazine interview. While Kree would be the next guess of most, Feige also said they were “not setting up the Kree-Skrull war or anything like that.” Of course saying the Kree-Skrull war is not being set up, isn’t the same thing as saying Kree aren’t in the movie, so they are still a real possibility.

However, what if Feige was dropping a hint by asking “Who said there were aliens”? Like any Avengers fanatic, we took the Avengers movie sneak peek and slow 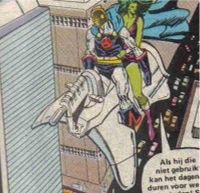 ed it down frame by frame. Even though the apparent alien ships are moving fast, when the video is slowed down one of the ships is revealed to actually be Loki on some type of flying motorized vehicle. If Loki’s army rides externally on these ships, then it raises the question of if his army even comes from outer space. Could Loki’s army actually be less space aliens and more of a native earth race with advanced technology?

The Avengers Movie: So Who Are The Aliens (Or Are They Even Aliens)?