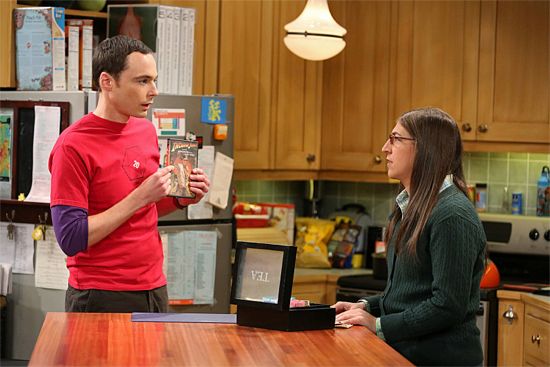 On "The Raiders Minimization" episode of The Big Bang Theory, Amy Farrah Fowler watched Raiders of the Lost Ark for the first time with Sheldon Cooper. After an excited Sheldon asked what she thought, Amy replied, "It was good. I enjoyed it, but when you told me I was going to be losing my virginity, I didn't think you meant showing me Raiders of the Lost Ark for the first time." After Sheldon thanked her for watching, Amy added, "It was very entertaining despite the glaring story problem." When Sheldon defied Amy to find any story problems, Amy claimed, "Indiana Jones plays no role in the outcome of the story. If he weren't in the film, it would turn out exactly the same." After Sheldon said Amy must not understand that Indiana Jones was the one in the hat with the whip, Amy explained, "No, I do, and if he weren't in the movie, the Nazis would have still found the Ark, taken it to island, opened it up, and all died, just like they did." Do you agree or disagree with the story problem that Amy pointed out for Raiders of the Lost Ark?

The Big Bang Theory: Does Raiders Of The Lost Ark Have A Story Problem?