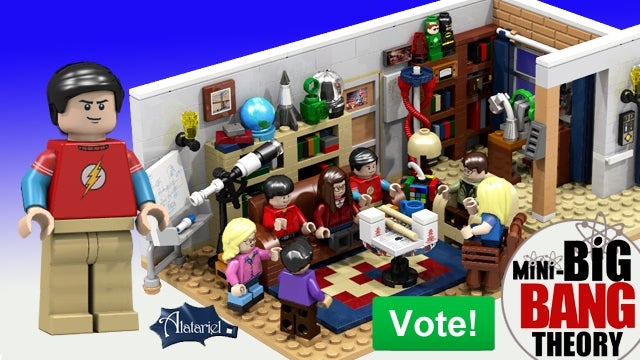 The much-anticipated results of the latest LEGO Review have been announced and Peter Espersen from LEGO Ideas explains what’s coming out next.

Among the projects reviewed and selected was a Lego Ideas set of The Big Bang Theory.

“This LEGO set will be a true match made in scientific heaven (well, actually in acrylonitrile butadiene styrene), because the brilliant characters in this popular American TV show appreciate LEGO bricks, and LEGO Ideas members Alatariel and collaborator GlenBricker (plus their 10.000 supporters) love both LEGO bricks and The Big Bang Theory show!,” Espersen said. “A huge congrats to Alatariel and GlenBricker!”

During the LEGO Review, a team of specialists within The LEGO Group – including LEGO set designers, marketing and business representatives, and other relevant team members – evaluate each project to determine its potential as a LEGO set, Espersen explained.

“This involves analyzing the votes and information you give us about your project as well as looking at things like playability, safety, and fit within the LEGO brand,” he added. “This takes a while and the timing varies because of all the different factors involved in the decision process. Every potential LEGO product, including those developed internally, goes through a process like this and must meet the same standards.”

The LEGO Review Board makes all final decisions on which new sets the LEGO Group will release based on LEGO Ideas projects.

Espersen states that final design, pricing and availability details are still being worked out for The Big Bang Theory set but LEGO fans will be updated as soon as details emerge.

The Big Bang Theory Lego Set In The Works