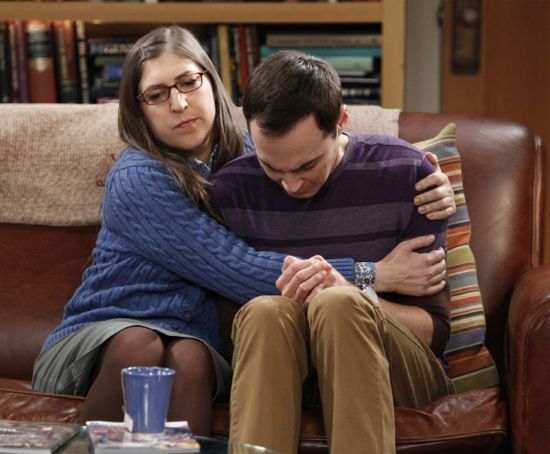 If you haven’t watched The Big Bang Theory yet and are planning to catch it online later, then be warned we are going to be discussing a major spoiler in this article. But if you’ve already watched the episode or just can’t wait to find out what happened, then keep reading.

CBS has been running a commercial all week where Penny pops out a rather big question to Sheldon.  In the teaser, Penny asks Sheldon, “Are you ever going to sleep with Amy?” So what was Sheldon’s answer? Did Sheldon and Amy actually do the deed? Here’s the spoiler.

After Penny asks Sheldon the question, Sheldon explains, "Penny, all my life I have been uncomfortable with the sort of physical contact that comes easily to others, handshaking, hugging, prostate exams. But I'm working on it, you know, just recently I had to put VapoRub on Amy's chest. A year ago that would have been unthinkable."

Then, Penny asked, “Are you saying some day that you and Amy might actually get physical?” After thinking for a little bit, Sheldon replied “It’s a possibility.”

So the answer is that Sheldon did not sleep with Amy, but did say he's open to the possibility.