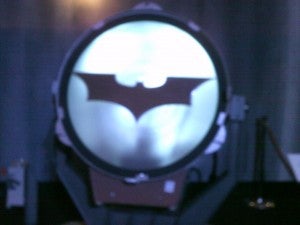 Editor's Note:Last week, ComicBook.com sent actress and contributing writer Emily Donn to the Dark Knight Exhibit in Los Angeles, thinking that it would be helpful to send somebody who could speak the same language as the Hollywood people.

The exhibit featured props, a garage-load of Batmobiles and a number of the effects guys and art directors who had worked on the cars all gathered under one roof to celebrate the release this week of The Dark Knight Rises and the Dark Knight Trilogy on DVD, Blu-ray and digital download.

The interviews, which Emily conducted over the course of the evening, yielded some interesting material. We'll try and get fuller versions with video up and running soon, but since there has been some trouble with video conversion, we wanted to at least share some of the big stuff with you via the magic of written notes, which almost never have compression issues (except in the case of the Governor's diaries on AMC's The Walking Dead). 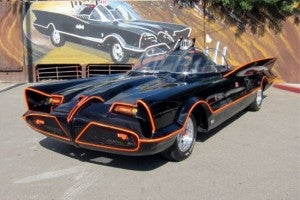 The car going up for auction is not the one in the display at the Dark Knight Exhibit.

The one being auctioned off is what George calls "The number one" because it was the main car used.  They stopped bringing it to exhibits a long time ago to prevent it from being stolen.

He's honored to have made it, and even with the base car, he had to be very creative because of the amount of money.  The first time Adam West approached the Batmobile, Barris decided it was all wrong and made everyone wait while he changed the look, including adding the orange piping and using sprinklers in the front.  In fact, he always loved when kids would get excited about the car, then notice that the sprinklers on the front were the same as the ones in their lawn at home. 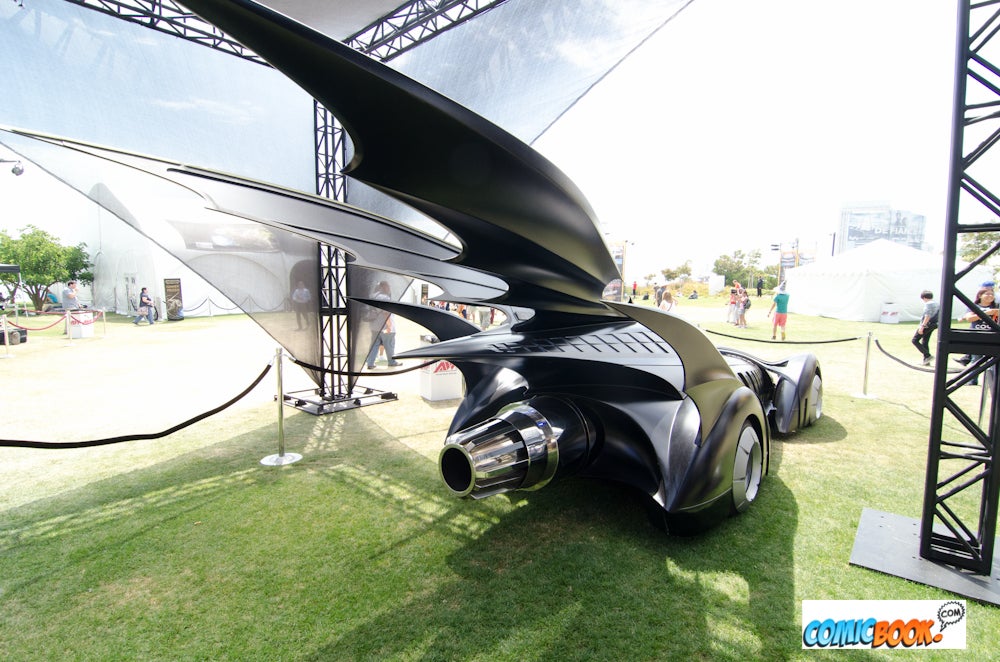 In spite of the Burton Batmobile having been so iconic, popular and having created such big shoes for future designers to fill, Flattery says that Joel Schumacher knew exactly what he wanted from the Batmobile. He wanted something more of an animalistic look to the technology, so there was no real temptation to copy Burton's very muscle car/steampunk-inspired style.

Asked if it was true that Chris O'Donnell once took it for a joyride (presumably because chicks dig the car) and damaged the vehicle Flattery and Charley Zurian (who built the car and both built and designed the Clooney car) said they don't remember that specific story, but that they had to fix it up every day as it got dented and dinged. 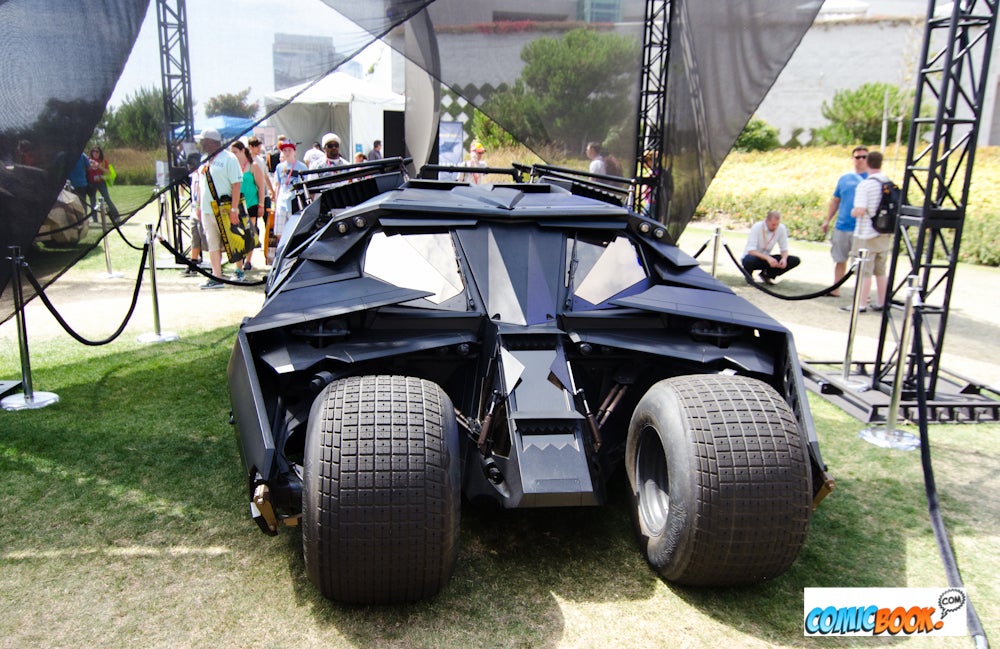 Andy Smith, builder of the Tumbler from the Nolan films

In spite of the fact that Christopher Nolan and his brother Jonathan are rumored to be working on the post-Justice League Batman reboot film, Smith says there is no official word (at least from the car making team) about the next Batman, so he has no idea whether it's actually in the works and, if it is, if he and his crew may be called upon to help out.

In an ironic twist, none of the real military vehicles were researched while coming up with ideas for the Tumbler...but it might actually have the military applications discussed in the movies, since the effects team built them to do everything they did in the movies.

Dunham was invited to be on the panel because he owns one of the Tim Burton/Michael Keaton Batmobiles.  He never planned on buying the Batmobile, but he took advantage of the opportunity when it arose.  He has no particular favorite Batmobile; he said being asked was like being asked which child he loves more.  He owns the Burton one simply because he was able to buy it.

The comedian says that his favorite prop in the exhibit was the masks that the Joker's team wore in The Dark Knight.

We also spoke to Warner's archivist for the props and costumes, who said that the Bat Signal on display was not actually in The Dark Knight Rises -- only the base of the spotlight was.  The symbol had been destroyed after the movie and the light had been rented, so they called the man who made the symbol and since he still had all of the supplies he made them a new one for the archives.  Then they added a new light for the Dark Knight Exhibit display.

The Dark Knight Exhibit: Hitting Some of the Highlights