With The Dark Knight Rises fast approaching and a glut of promotional material starting to make its way online, many fans are beginning to believe that they can piece together a fairly coherent picture of what the movie looks like.

While we won't presume to know what Christopher Nolan has percolating in that beautiful brain of his, ComicBook.com did want to look at some of the things we really hope to see in the new movie.

Remember--even though all of this is conjecture, there may be spoilers ahead either for The Dark Knight Rises or for older Batman issues that we're using to support our theories. 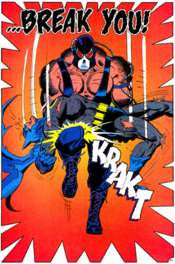 The Breaking of the Bat

Knightfall was one of the best thought-out Batman stories you'll ever read, and one that made sense in a lot of ways--but the scene where Bane actually broke Batman's back was a bit silly. Was it iconic? Of course--you'll see a half-dozen people on your Facebook friends list who have that image as their profile picture. But it the idea of breaking somebody's back that way always felt less like the culmination of a long series of ordeals and more like something you saw on professional wrestling.

Seeing how the gritty realism of the Christopher Nolan Bat-universe will approach that iconic scene would be fascinating and, since everyone is more or less assuming that it's going to happen, we can pretty much call this one a done deal, right?

At this point, probably a majority of fans are assuming that Bruce will be out of commission and that, at some point for some period of time, we'll see Levitt in the Batman suit. It just seems to be the way so many things are pointed, from his interactions with the kid in the trailers (reminiscent of Batman's interactions with that kid in Batman Begins) to his closeness with Catwoman.

And at this point there's been so much speculation building that it almost seems like if he really is just a cop--cast to play the Last Honest Man while Batman and Gordon are indisposed or something--it may be a bit of a downer. 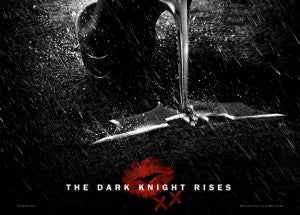 The Tim Burton Batman movies were played largely for camp value and, according to John Rogers, the writers on Catwoman were instructed to give her powers because a female action lead who fought men toe-to-toe was just not believable for a modern movie audience. So you know what would be nice? If Christopher Nolan were to make Catwoman a force to be reckoned with physically.

He's already said that Selina won't actually go by the name "Catwoman" in the film, but it seems the eleborate costume itself is just begging for her to find her way into a few scrapes.

Let's hope that she's more than just a pretty face, and that Batman (or Batmen, as the case may be) won't have to swoop in and save her. Hathaway's sexy and has a great energy about her, but that shouldn't be the extent of her character. If you're going to stick her in that suit and stick her in action scenes, take a cue from Scarlett Johannson and make her kick some butt.

He's been an important, if underused, character in the first two films, and then the last few trailers have really driven home how good the onscreen chemistry is between Christian Bale's Bruce Wayne and Morgan Freeman's Lucius Fox. 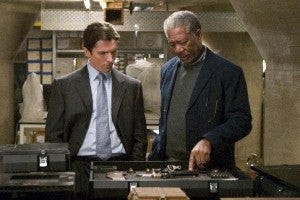 He's one of the only people in the series who can be Bruce's intellectual equal--something that may come in handy if Bruce is temporarily physically disabled and needs to lean even more on his mind.

After something awful happens to our hero in the first third of the film, I'm hoping to see a rejuvenated and even more determined Bruce Wayne fighting his way up from what seems like the bottom of a deep, dark hole. I want to see Batman inspire the way only Superman is supposed to, especially if we're then going to be facing down a Superman film that appears to be all grim 'n' gritty.

Give me something to stand up and cheer for if you're going to make me cry at the good-bye!

The Dark Knight Rises: Five Things We Want to See