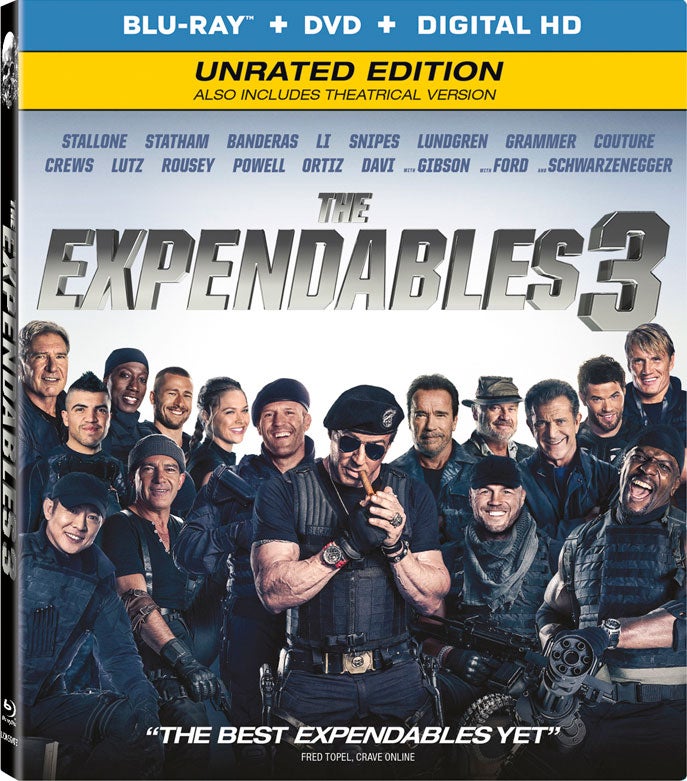 When Sly Stallone, Schwarzenegger, Jason Statham, and every imagianable action hero get together on film, there's only one true way to see that action unfold--unrated.

Fortunately, Lionsgate understands now understands this fact too, which is why they're releasing an uncut version of The Expendables 3. It's certainly a nice apology for neutering the threequel down to a PG-13 theatrical release after the first two installments were rated R.

As expected, the uncut Blu-Ray version will feature "more action, more explosions, more fights--and a higher body count." Sold. Check out the uncut trailer (via IGN) below for a lesson in wanton destruction death.

The extended version, along with the theatrical PG-13 cut, will be available on Bu Ray and DVD on November 25.