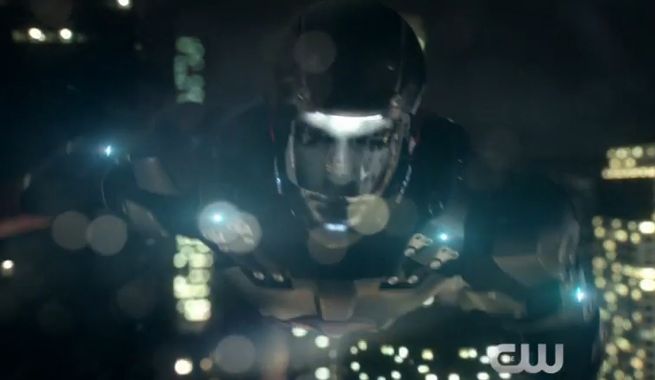 Harrison Wells’—or should we say Eobard Thawne’s—house of cards is about to come tumbling down on The Flash.

As a new trailer for next week’s episode, “All Star Team Up,” shows, Barry Allen is hot on The Reverse Flash’s trail. As Barry reveals his knowledge that Reverse Flash and Wells are the same man, the trust between him and his closest friends will be tested. But Barry’s not going it alone, as Felicity Smoak and Ray Palmer—a.k.a The ATOM—stop by Central City to help the Fastest Man Alive.

Check out the full electrifying trailer below. If Flash’s partnership with The ATOM is just half as great as his one with Arrow one was, "All-Star Team-Up" should make for one impressive episode.

All Star Team Up Extended Trailer

Loyalties will be tested. Sides will be chosen. The fight for the truth begins Tuesday, April 14! #TheFlash