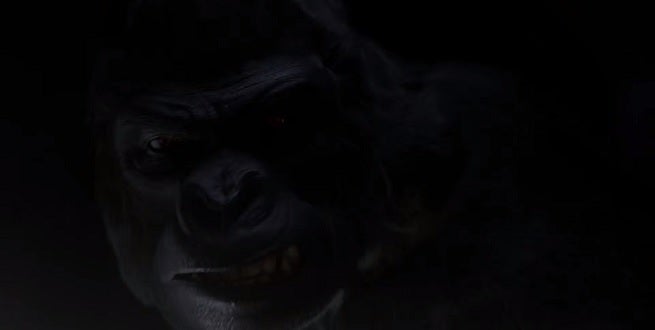 And so is Ronnie Raymond, and Professor Martin Stein. Even though none of them really count as Easter eggs or DC Comics references, since we've done them each a bunch of times before, it's certainly a big piece of the DC Universe represented this week, along with the return of General Eiling.

So...what did we see? What did we miss? Check it out below.

While we didn't see them interacting much in the last go-'round, it's a long-standing story in the comics that the people inside of the Firestorm matrix don't particularly get along a lot of the time.

Both Terminator and Back to the Future are used in everyday conversation as examples of how time travel might theoretically work. Same here.

Wink and a nod to the language from Game of Thrones.

The idea that Barry's speed could let him "smash a hole" in the space-time continuum feels a bit like Superboy Prime's notorious wall punch.

"My destiny to fail"

As we saw in Flashpoint, it is indeed Barry's destiny to fail to save his mom. There's a lot more to it, though, and that's something we all kind of expect to see play out in some form on the show.

That's the same thing Wells said, in the same way, when he wanted Barry to make a cyclone in the pilot. He does it again here for the same reason. 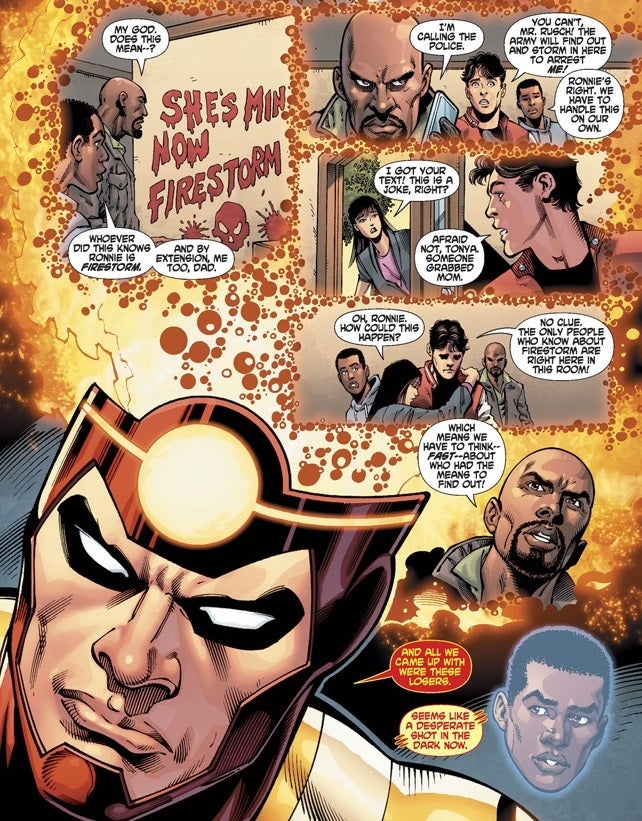 The voice in Ronnie's head

That's the classic way Professor Stein was depicted in the comics.

This might be the first time in live-action we've had the white eyes common in so many superhero comics. It actually works pretty well.

In Booster Gold Volume 2, there was a brief period in time when Rip Hunter, Time Master, operated out of Pittsburgh where Daniel Carter, the ancestor of Booster Gold, lived. Could Rip be the colleague Stein is talking about?

At any rate, Professor Stein and Ronnie Raymond lived there in early Firestorm stories, so it could mean nothing.

Midway, where Caitlin said her "cousin" was from the second time around, is the fictional home city of Hawkman, the Doom Patrol and others.

So, when Wells said he had other plans for Grodd, he meant it was to kill Eiling...?

The Flash: Easter Eggs and DC Comics References In "Fallout"