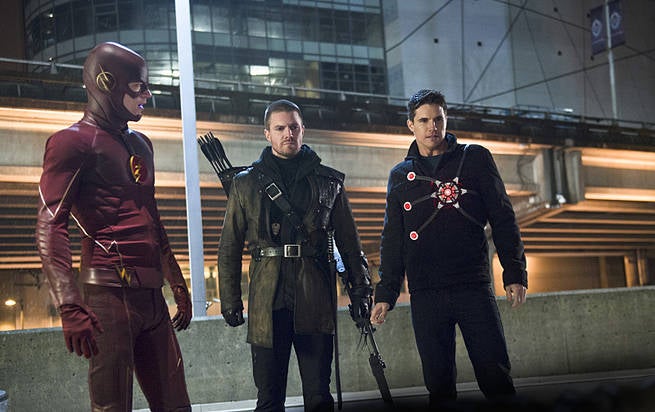 Tonight's episode of The Flash was a DC Universe cornucopia of Easter eggs, from references to the ongoing story on Arrow to the first team-up of a proto-Justice League and the formation of a more concrete concept of the Rogues.

And all that even without a wink-and-a-nod reference to Green Freaking Lantern.

Everything "taken in a flash" certainly sounds like something that, if it isn't implying Flashpoint, at least some fans will speculate that it is.

Cobalt Blue is the identity of Malcolm Thawne, the modern-day ancestor of Eobard Thawne in the comics -- and he's got a blue color scheme and goes by the name of Cobalt Blue when he's a supervillain. Could all the blue inside of the guts of S.T.A.R. Labs be a nod to that, considering how traumatized Eddie is?

Aside from being the name of a TV show starring The Flash's Dominic Purcell and Wentworth Miller, it's a common theme in superhero storytelling. Bane, for instance, busted everybody out of Arkham Asylum to help him with his plan to break Batman in Knightfall.

Oliver Queen's island gets a name-drop here, as does his current base of operation with the League of Assassins.

And, apparently, Lyla Michaels is free of the League of Assassins now.

Man, whenever Captain Cold is around, it's like Arnold's Mr. Freeze. 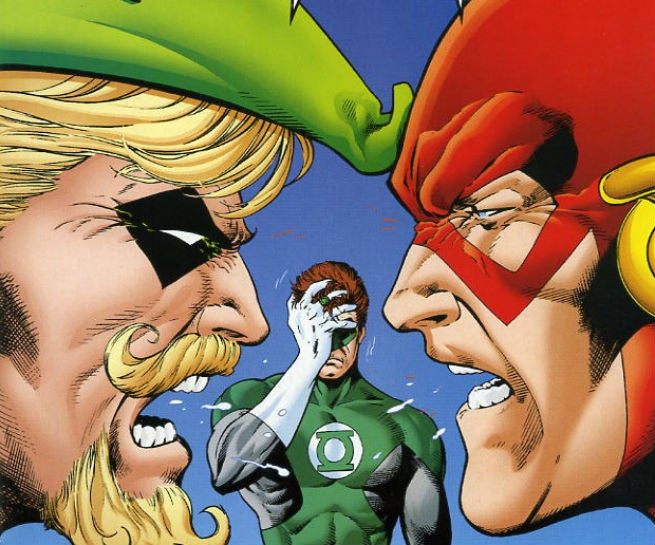 Wow. That's a heck of an Easter egg. Ferris Air in Central City was closed down after "one of their test pilots went missing."

It's a classic superhero trope: the team of bad guys have trouble with the hero, in part, because they're unable to work together and end up fighting one another as much as the heroes. We see it starting in the back of the truck before they get their powers back.

Part of my Rogues

Snart's ready to put together a group of Rogues, and even calling them by name now. Of course, we know he'll be a little distracted between now and then by Rip Hunter... 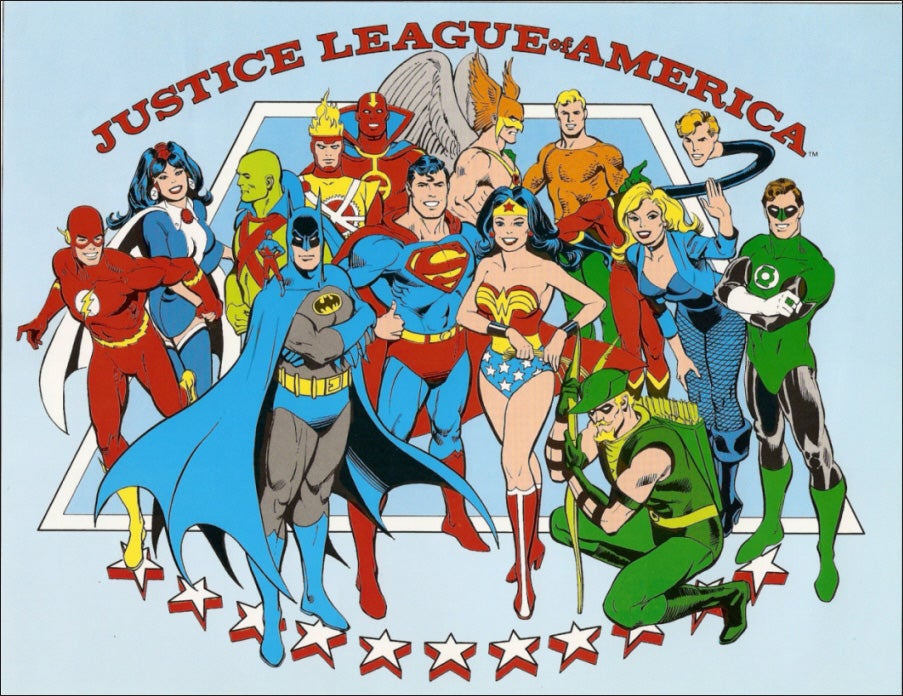 While it's unlikely The CW will ever be able to use the name "The Justice League" on their shows, tonight's episode saw a major team-up of Green Arrow, The Flash and Firestorm -- all characters who are major players in League history and who played a significant role during the fabled "Satellite Era" of the team. Name-drops of Ray Palmer (The Atom) and Green Lantern (the missing Ferris AIr test pilot as mentioned above) add to that mix.

When you consider Black Canary's guest appearance, the pilot's reference to Bruce Wayne, "Power Outage" name-dropping Ralph Dibny and the fact that Hawkgirl will make a cameo in next week's season finale, The Flash as made reference to nearly every major figure from that period besides Batman, Superman and Wonder Woman.

How could you not mention Eobard Thawne's lightning-bolt ring springing open to eject the Reverse-Flash costume, a nod to Barry's ring in the comics?

[Editor's note: As I commented below, the answer to this is simple: it was an oversight, since I had written about the costume coming out of the ring in an ad and mistakenly remembered it as being in an Easter eggs post]