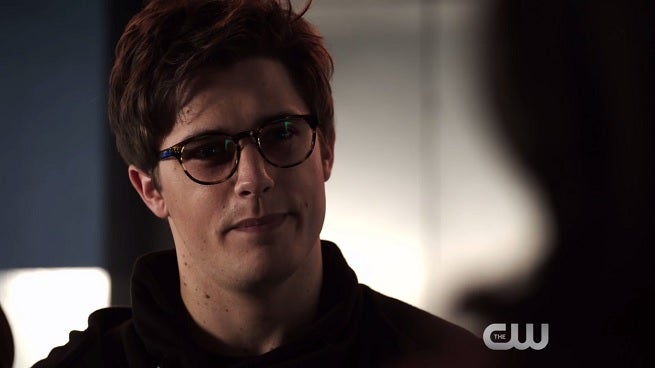 The CW has released the official synopsis for the January 27 episode of The Flash, titled "The Sound and the Fury."

The episode will introduce The Pied Piper, a Rogue seeking revenge on Harrison Wells after his life was changed by the particle accelerator explosion.

BROADWAY STAR ANDY MIENTUS GUEST STARS AS THE PIED PIPER — Dr. Wells' (Tom Cavanagh) former protégée, Hartley Rathaway (guest star Andrew Mientus), returns to seek revenge on his mentor after being affected by the particle accelerator explosion. Now able to manipulate sound waves, the brilliant Rathaway is a dangerous threat to both Wells and The Flash (Grant Gustin). Meanwhile, Iris (Candice Patton) is thrilled when she's hired by the Central City Picture News as their newest cub reporter. Unfortunately, her editor (guest star Tom Butler) pairs her with a veteran reporter, Mason Bridge (guest star Roger Howarth), who wants nothing to do with her. Cisco (Carlos Valdes) recalls his first day on the job at S.T.A.R. Labs when he met Hartley and Caitlin (Danielle Panabaker). Joe (Jesse L. Martin) asks Eddie (Rick Cosnett) for a favor but asks him to keep it a secret from Barry. John Showalter directed the episode written by Alison Schapker & Brooke Eikmier (#111). Original airdate 1/27/2015.

The Flash: The Sound and the Fury Official Synopsis Introduces Pied Piper