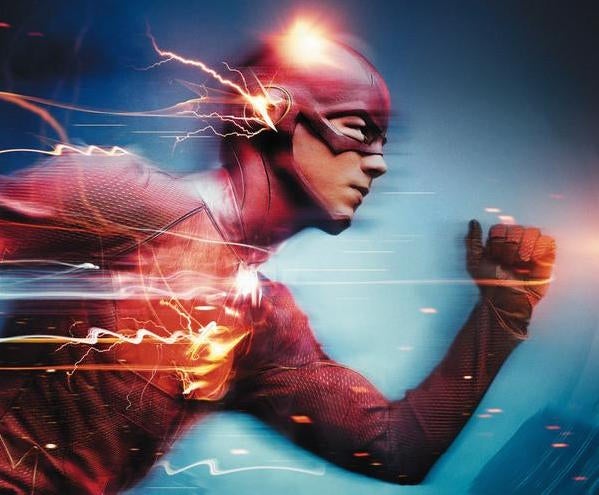 The Flash and time travel go together like Spider-Man and terrible luck, or Batman and brooding. The former just can't exist with the latter.

Fortunately, the producers on The CW's The Flash understand how important the time travel trope is to the Fastest Man alive. Speaking with TVLine, Executive Producer Greg Berlanti revealed that The Flash will indeed travel trough time this season—presumably in its second half.

On the subject of time travel, Berlanti said, "That is the one that we deal with directly in the winter. We, obviously, hint at it from the pilot episode. That is a big — "theme" is the wrong word for it — but that is a big part of the DNA of who The Flash was, so we do deal with that."

Indeed, many Flash characters hail from the future. Barry's grandson, Impulse (and later Kid Flash), is a character from the future, as is his archenemies, the Reverse Flash. In the comics, The Flash routinely traveled through time and multiple dimensions with his superspeed-powered device known as the "Cosmic Treadmill." It's certainly not a stretch to think that Cisco and the STAR Labs gang could whip up a treadmill of their own in future episodes. But if Barry could travel time, would he go back to prevent his mother's murder? It's a feat that Barry explored to in the 2011 storyline, "Flashpoint," where he accidentally rewrote history to disastrous effect.

But time travel isn't the only update should get fans' hearts racing. Berlanti teased plenty of other treats for the season, including Barry's eventual ability to vibrate through solid objects, a possible confession to Iris, tweaks to the Flash costume, and the continual build-up to Gorilla Grodd's official debut.

The Flash Will Deal With Time Travel In The Winter