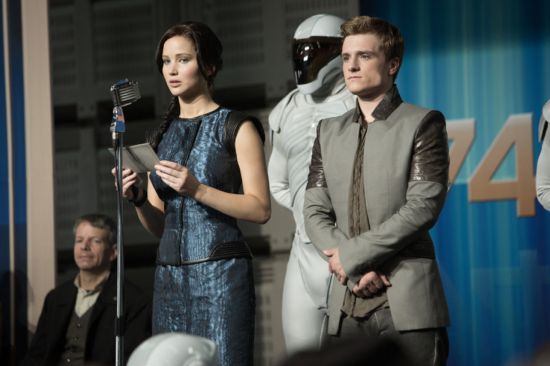 It might have been helped by all those people out shopping last night, but The Hunger Games: Catching Fire set a new record for the highest-grossing film ever on Thanksgiving Day, with $14.9 million.

The previous record-holder, Toy Story 2, had raised $13.1 million back in 1999. Of course, adjusted for ticket price inflation, that's likely still better than The Hunger Games.

Deadline is now projecting a 5-day haul of $103 million, which they say "would far surpass the previous record for this 5-day holiday, which was formerly held by Harry Potter And The Sorcerer’s Stone. That film generated $82 million, and would be eclipsed even by the somewhat more modest $90-$100 million that was already being projected for the film before yesterday's big day.

In fact, this weekend's presumptive #2 movie--Frozen, Disney's latest animated musical starring Kristen Bell--is looking good to make around $90 million, so even without The Hunger Games, this week's #1 would have beaten $82 million.