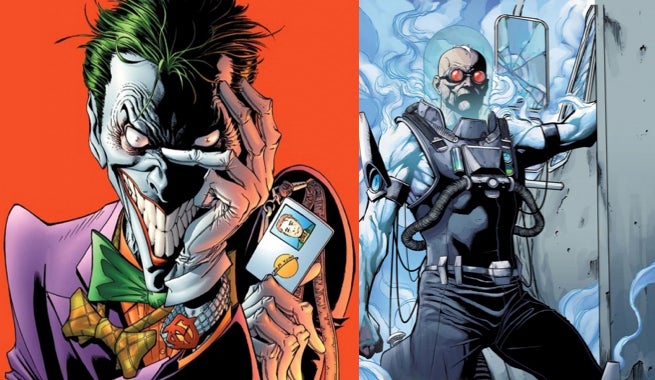 Gotham's rogues gallery is about to get far deadlier when it returns for its second season. How deadly? Well, have you ever heard of The Joker?

The Clown Prince of Crime, along with Mr. Freeze, will make their official Gotham debuts next season to torment the like of Jim Gordon, Harvey Bullock, and more.

The news came through the series current Upfronts presentation for the coming fall—a chance for series creators to pitch their upcoming programs to advertisers and members of the press. While Gotham's first season was filled with teases and allusions to Batman's ace enemy, this news confirms that the real Mr. J, or a younger version of him, will definitively enter the show. Joining him will be Mr. Freeze, or at least his pre-Batman persona Victor Freeze.

Are you excited that The Joker and Mr. Freeze are entering Gotham? Let us know in the comments below.

#Gotham will feature “Exciting new villains like The Joker and Mr. Freeze” in Season 2 we were just told. #Upfronts2015

Gotham returns for its second season this Fall on FOX.

The Joker and Mr. Freeze To Appear In Gotham Season Two