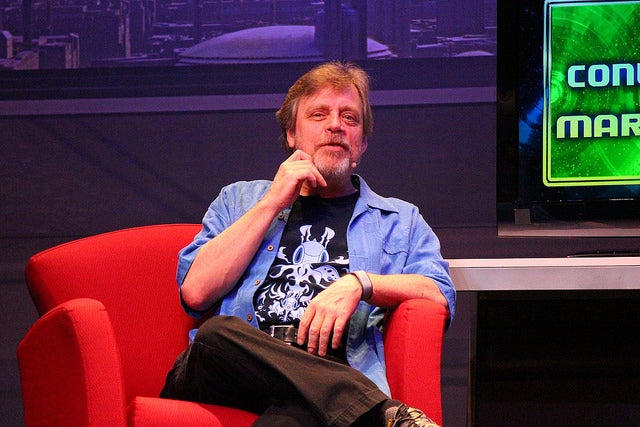 During a recent Inside the Magic appearance in support of Star Wars Weekends, Star Wars and Batman: The Animated Series star Mark Hamill was asked by a fan to perform a short dialogue between The Joker and Luke Skywalker.

He accommodated -- with relish -- and then went on to praise Paul Dini, whose writing defined the Batman series and a number of animated projects that have come after from Warner Bros. and DC Entertainment.

The Joker Talks To Luke Skywalker As Voiced By Mark Hamill