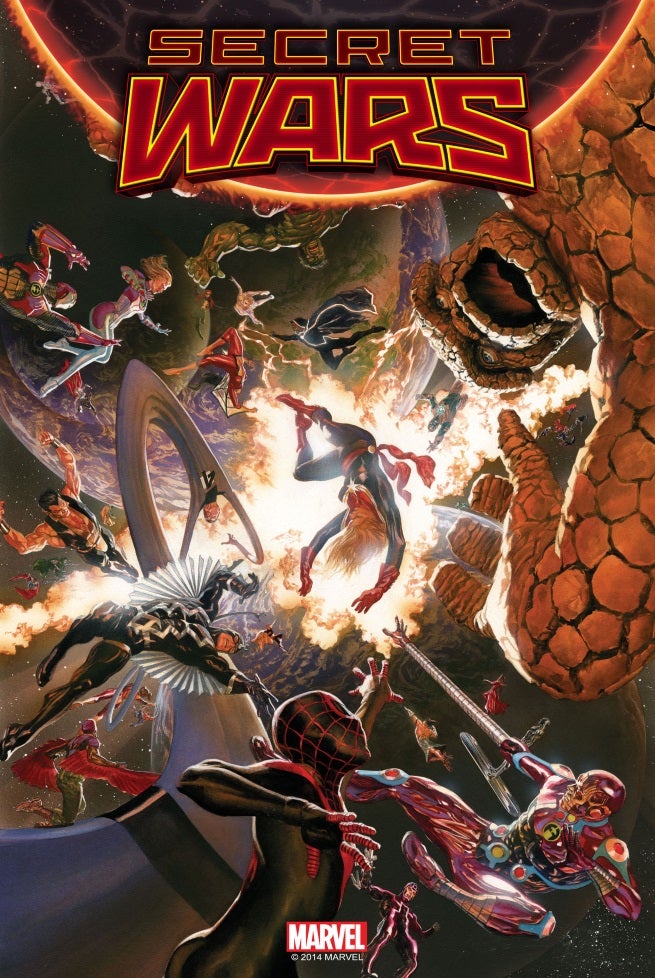 Together, Alonso and Brevoort made what was billed as “the announcement to end all announcements” when they revealed that Battleword will be the “melting pot” from which a new Marvel Universe will be formed.

It will begin in Avengers #44 and New Avengers #33, and then continue into Secret Wars #1. The final incursion will take place, between the Marvel 616 universe and the Ultimate Marvel Universe. The heroes of both worlds will fail to solve the problem before it’s too late.

As a result, Battleworld will be all that remains, and every world in Battleworld that were teased months earlier will play a role in the formation of the new Marvel Universe, with more to be announced. Alonso makes clear that these are not “elseworlds” books, but integral to the very fabric of the “All-New Marvel” post-Secret Wars.

Unfortunately, the video feed died before Brevoort and Alonso could add their final thoughts, but its clear that the Marvel Universe won't be the same after Secret Wars.

The event also saw the debut of Alex Ross' Secret Wars #2 cover (that's a lot of Thors), the introduction of an interactive map at the Secret Wars website, and the announcement of several confirmed Secret Wars product licensees. You can see the full video here.

Secret Wars #1 ships in May.

The Marvel Universe ENDS in 2015