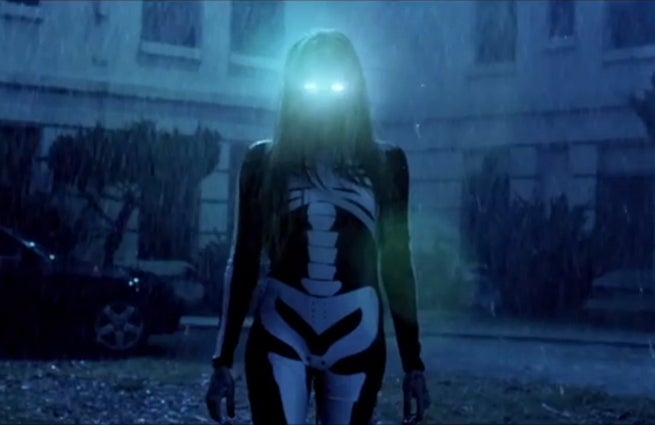 The trailer for The Scribbler has been released online.

In The Scribbler, based on the graphic novel by Daniel Schaffer, a young woman is facing her destructive multiple personalities using an experimental new procedure known as "The Siamese Burn." She's down to her last unwanted personality, which may turn out to be her.

The Scibbler debuted at the Glasgow Fright Fest in March and will make it's U.S. debut on September 14.