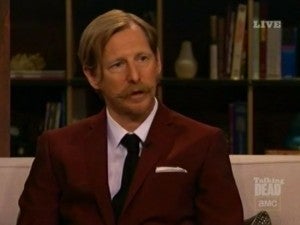 Lew Temple explained, “I was cast and brought into the show to be this prisoner who was going to be a serial killer that kidnapped someone from the group and drug them through the woods.”

As far as his death scene, Lew Temple said, “I like to think that I was serving the greater good, that Carol is here today because Axel was available. He made himself available. It’s funny with her to, right? I mean it’s don’t get too close to Carol. It doesn’t turn out well.”

The Walking Dead: Axel Was Originally Supposed To Be A Serial Killer