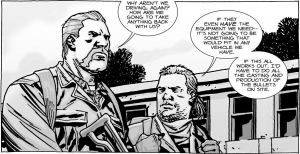 "And he will be fully mulletted," said Alpert.

Band of Brothers and Southland star Michael Cudlitz has been added as well and will play Abraham Ford, the panel revealed.