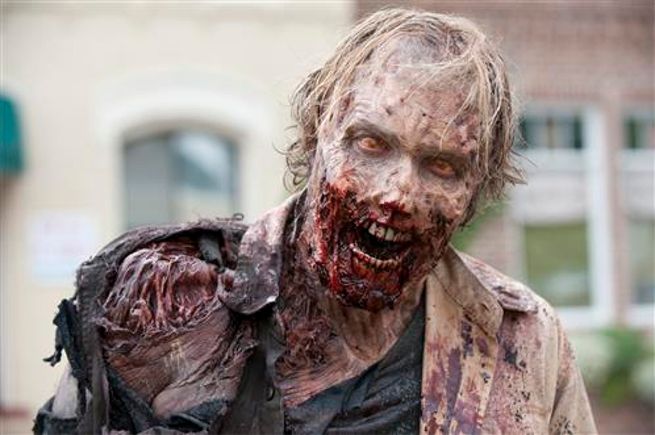 The Walkers are going to Tinseltown.

TVLine is reporting that the planned spinoff series to The Walking Dead will take place in Los Angeles, California. This seems to backup a report that Comicbook.com filed this weekend, which revealed that the spinoff series is filming at least some scenes in California under the working title "Cobalt."

TVLine couldn’t confirm if the spinoff’s story would actually be shot entirely in Los Angeles, or if the series could be filmed in another city standing in for the Los Angeles locale. There is speculation that the series will take place during Rick’s coma, and will chronicle mankind’s downfall as the zombie virus becomes unstoppable.

The Walking Dead spinoff series is being written by Robert Kirkman and The Walking Dead showrunner Dave Erickson. The series has cast Cliff Curtis, Frank Dillane, and Alycia Debnam Carey so far. The pilot will begin shooting in early 2015.

The Walking Dead Spinoff To Be Set In Los Angeles