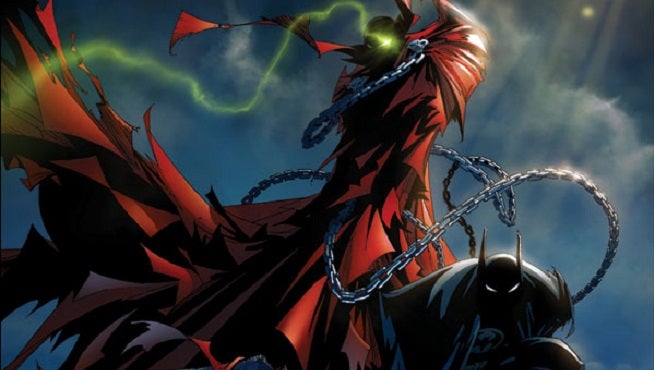 Image Comics co-founder and iconic comics creator Todd McFarlane and superstar Batman artist Greg Capullo have a long history of working together...and at one point, the pair almost did a Spawn/Batman crossover for which McFarlane earlier today revealed a long-lost cover.

McFarlane drew a crossover between the two characters in 1994, when the character, Image Comics and the comics industry in general were riding a massive high. That one-shot was written by legendary Batman scribe Frank Miller...

This one, though, would have been an entirely different project, written by McFarlane and drawn by Capullo long before he was on Batman. You can check it out below, along with the commentary from McFarlane. 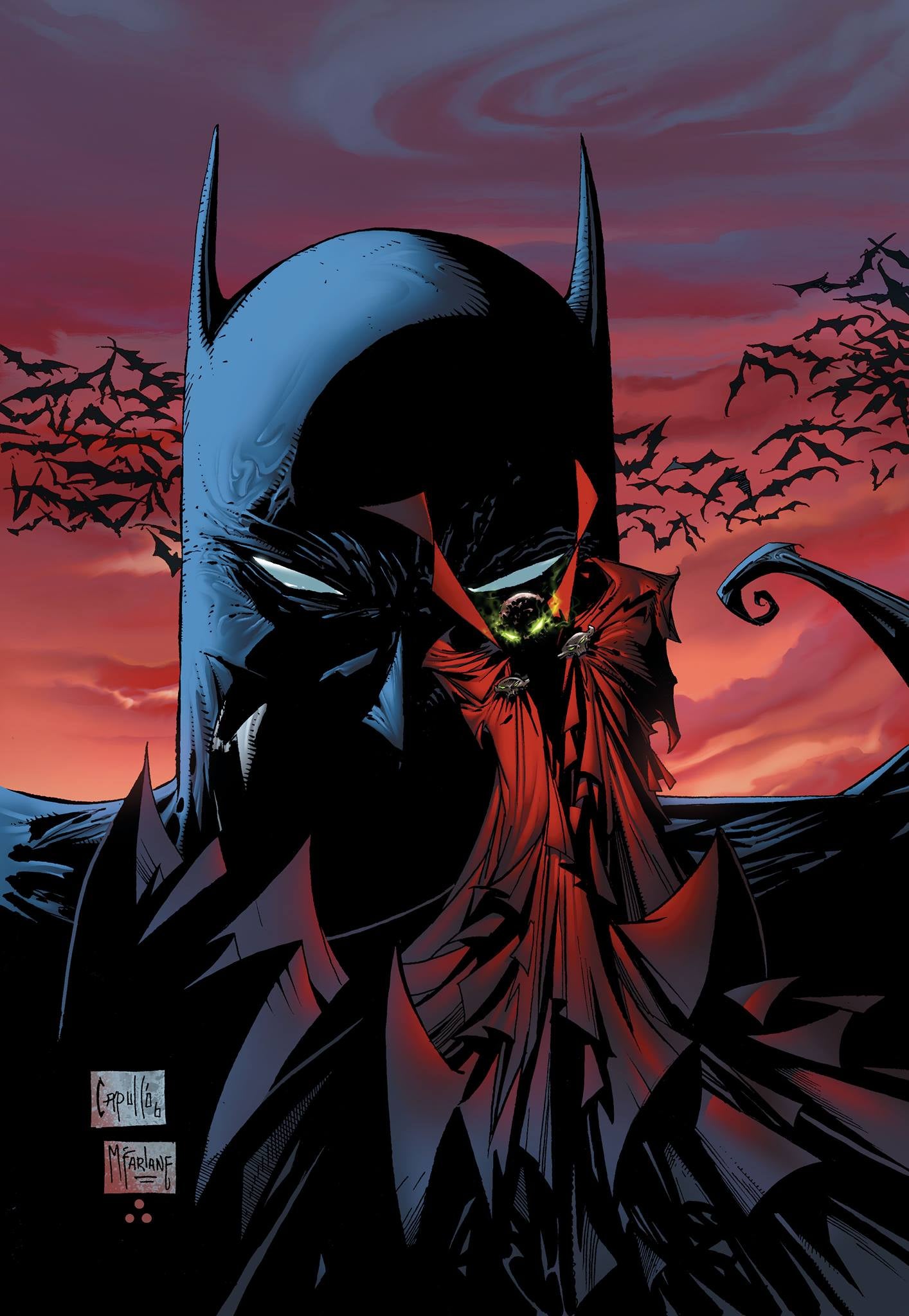 The image at top was released about two years ago, but the one directly above is brand-new, courtesy McFarlane.

Just like BIGFOOT...here's that mysterious comic book creature, the Spawn - Batman crossover that NO ONE has EVER SEEN!!!!!

Years ago there was a deal for DC Comics and myself to do a cool Batman/Spawn cross-over book (for those not hip to comic lingo, that's a book in which both characters are in the same issue). I to to have written and inked it, while a talented penciller, Greg Capullo, was going to draw it. for a variety of reasons (mostly on my shoulders) the book never got off the ground, but a few pages and promo pieces were done for it. Below is one such piece drawn by Greg and inked by myself.

*** This story is different than an earlier version of Spawn/Batman that Frank Miller wrote and I drew. ***

And in a bit of fate: Years later, Mr. Capullo would take over the artistic drawing reins for the caped crusader and he would be the next hot shot artist on DC Comics' BATMAN comic! Which is usually at the top of the best selling comics each month (ably written by Scott Snyder).

Anyway, I came across this cool cover the other day and thought that it was too good not to share.

New Marvel Video Game Could Be Revealed This Month