This Thanksgiving, our favorite comic book characters will be nestling in for a long, quiet evening with their families and friends. Since no sporting events ever happen in the DC and Marvel Universes without being stopped halfway through by world-conquering maniacs, it's unlikely they'll be talking about the 49ers game. We here at ComicBook.com decided to give them a little something to talk about, then, while they're sitting around drinking their ironically-named beers after dinner: Who are the best supporting cast members in all of comics?

Certainly it's a very relative question and the factors that come into play are many and varied--but here's the ten who would not just make the cut--but make for a very interesting conversation around the kids' table while their superheroes are off somewhere trying to get that supervillain to return Candlestick Park to its normal size.

As a note--I tried to keep sidekicks and other superheroes who have their own title and their own gimmick in their own corner of the universe out of this list, so there will be some controversial omissions. I also broke that rule myself once or twice and hopefully in those cases you'll understand the invisible line I tried to draw. 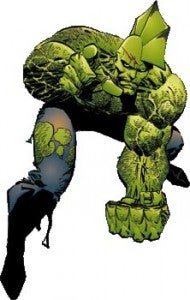 Does he count? Only sort of, since he's still the title character. But since he as killed, his son Malcolm took over the superheroing tasks in Savage Dragon and Dragon himself has been largely out of action. Having returned a couple of issues ago, Larsen assures fans that it's still Malcolm's book. Still, having a supporting character with that much depth and backstory? Cool!

Is he a little vanilla? Yeah, at times (although Chuck Dixon always handled him really well). But Batman's loyal butler is an important part of the mythology who certainly brings more to the table than most girlfriends or bosses do, but gets less screentime from most writers. He's the ultimate in a line of yes-man-style seconds that includes characters like Microchip in The Punisher and Dylan Battles in Manhunter, as well as the his most obvious and beloved imitator, The Avengers' Jarvis.

Spider-Man's supporting cast has a lot of iconic characters, but frankly many of them are tied to one interpretation of the character or another pretty inextricably and nobody seems to be able to agree what the best status quo for Ol' Webhead is. What do people agree on? He's got a great origin story--arguably the best in comics. Uncle Ben, who gets only a little more page time than Frank Castle's family, provides Peter with the moral compass that makes Spider-Man a remarkable character, and edges out Ma and Pa Kent as the parental figure on this list on the strength of never having really changed dramatically over the years.

Most superheroes' girlfriends and boyfriends generally feel like a waste of space, but Sharon Carter is the best of a certain breed that brings something very special to the table and without whom it sometimes seems like the hero wouldn't be able to do what he does--or at least not as well. Throw characters like Sue Dibny into this mix, too, although Sharon is much more of a physical threat than Sue or Iris West or any similar super-wives ever were. Captain America has had a dozen or more girlfriends over the years, but Sharon has captured the imagination of creators and readers in a way that none of the others really ever has. Her return was one of the best moments in a stellar Captain America run by Mark Waid and Ron Garney. 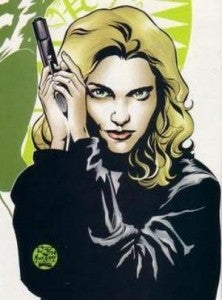 Again, she once had her own title (Chase, out in trade paperback form this December), but Cameron Chase has become known to a whole new generation of readers as the most badass female backup character ever to walk the gutters of Gotham. After spending a chunk of time helping to steer the plot for her college friend Kate (Manhunter) Spencer over the last ten or so years, Chase and her DEO buddies have started to appear in J.H. Williams III's beloved Batwoman series, adding further to Cam's street cred among female leads who work the street level, kick ass and don't pull punches. You see this lady on the cover of a book, buy it. You won't regret it.

I'll admit to being a Superman fan, and so his cast gets more love for me than it probably would from many others, but Jimmy Olsen was unique in that he became a sidekick to Clark Kent instead of Superman (for the most part) and in so doing sidestepped the irritating trend of every superhero ever created developing a second banana who's basically just a kid version of himself back in the '40s. Over the years, he (like almost everyone in the Superman universe) has had some difficulties in finding a voice, but he's one of a very select number of characters in his class to support his own monthly book (by Jack Kirby, no less!) for years. 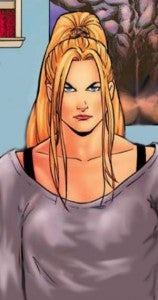 What?! An indie character intruding on what's basically a superhero list? Damn right. As Strangers in Paradise wore on, Tambi morphed from a fairly one-dimensional villain into one of the coolest, smartest and most relatable supporting characters in the entire large and diverse cast of the series. Every so often, the plot would round a corner and whack! There she was, pulling strings you didn't even know were there to be pulled. And still, she came out of it all smelling like a flower. (Maybe a lily?) Seeing she and Casey Femur pop up again in Echo solidified the birth of Terry Moore's universe within his works, and I remember sitting there, reading the issue, and letting out an audible whoop of excitement when they appeared on the page.

He almost doesn't count because, let's face it, he's basically his own character now, and I've tried to keep that out of here as much as possible. But I'm not talking about Dick Grayson, who has taken on a life of his own and even served as Batman for a few years. I'm also not talking about Tim Drake, whose own title ran for more than a decade and was often better than any other title in the Batman family. I'm talking about the role of Robin, newly minted as an "internship program" in the New 52, and what it brings to Batman. As Drake pointed out in "A Lonely Place of Dying," Robin isn't about who's in the costume, but about the benefit he brings to his mentor.

THE woman. Even with their marriage erased from continuity when the DC Universe relaunched recently, everyone knows that eventually Superman and Lois Lane end up together. It's inviolate; it happens in every alternate universe and has been the centerpiece of four films and two TV series. Lois also helped to define the role of superhero girlfriends, and then continued to do so once the "damsel in distress" mold was deemed no longer enlightened. In the post-Crisis on 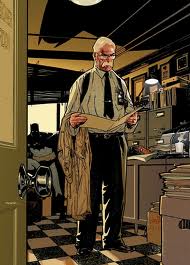 Infinite Earths DC Universe, Lois appealed to readers for a simple reason: If Superman didn't have powers, she could take him in a fight. In a world filled with one-dimensional women who are treated as cheap plot devices, having one with such a deep, rich backstory and an identity and personality so big that it competes with the title character (and, for that matter, arguably the most impressive title character in comics) makes her an obvious choice for this list. But Lois isn't number one.

Christopher Nolan's Batman films have revealed something that longtime comic book readers have long since known; Gordon isn't the good-natured but largely ineffectual old guy from the Adam West TV show. He's one of the smartest, most badass characters in all of comics, and in terms of supporting characters? Well, take that up to eleven. Gordon is cooler than the MAIN characters of most titles, and from Batman: Year One to No Man's Land to The Dark Knight, even the uninitiated are starting to understand why.