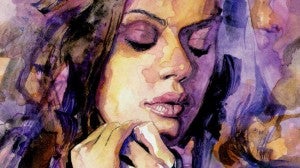 Melissa Rosenberg, one of the writers on this week's release The Twilight Saga: Breaking Dawn Part 2, told Collider in an interview that while ABC may have passed on the AKA Jessica Jones pilot she wrote last year, that doesn't necessarily mean the end of the road for the show. Rosenberg, who also wrote for the Birds of Prey TV series, was tapped to write a pilot based on Brian Michael Bendis's fan-favorite comic book series Alias. "I did the [AKA Jessica Jones] pilot, but they didn't pick it up to pilot," Rosenberg said in the interview. "The studio still owns it, and I think we're going to go shop it around to some other outlets to see. So, that's on hold. But, they just came back to me the next season and said, 'Well, we have this Dutch series.' Red Widow is based on a Dutch series, called Penoza. I watched the series and went, 'This is not a network show. You can't do this on network.' But, Paul Lee was like, 'No, I want to do it on the network.' And I thought, 'Okay, but are we going to be dialing back the edge and the violence?,' but no, we're really not. Aside from swearing and maybe too much blood, and a little writhing and sex scenes, the storytelling has been incredibly edgy. So, we'll see if the audience jumps on board." The series has been in development for a few years, but came to a halt back in May when ABC announced that they wouldn't take it. Whether or not Rosenberg is right remains to be seen; it's difficult to imagine Disney-owned Marvel wanting to take a potential success anywhere but ABC.

Twilight: Breaking Dawn Part 2 Writer: AKA Jessica Jones To Be Shopped Around

Hooked on You: A Dead by Daylight Dating Sim Review: A Nightmare Beach Party