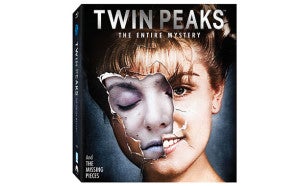 The series ran on ABC for only two seasons starting in 1990, followed by the 1992 prequel film Twin Peaks: Fire Walk With Me, but it is widely regarded as one of the best shows in television history and credited with helping to create an environment where shows like The X-Files and LOST could thrive. While the complete TV series has been released on DVD in the past, a box set has never included the prequel film. Rights issues supposedly prevented it, and even reportedly held up production on this box set, which was personally overseen by Lynch. You can check the trailer out below, along with a Tumblr and a social media hashtag (#TheEntireMystery) being used to promote the collection.

Twin Peaks Blu-Ray Teaser Released, Including Deleted Scenes From "Fire Walk With Me"