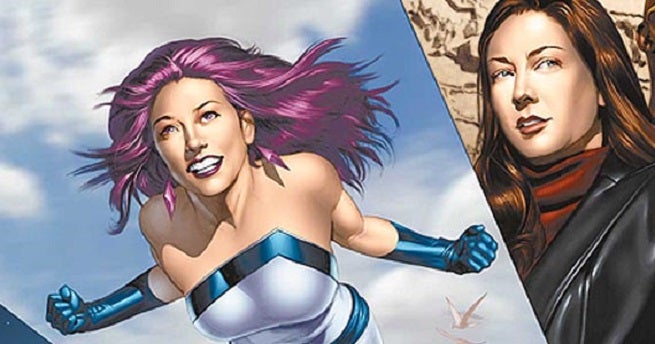 The Netflix original series AKA Jessica Jones is a few months into production starring Krysten Ritter (Jessica Jones), Mike Colter (Luke Cage), and David Tennant (The Purple Man), and we have a synopsis from Amazon, thanks to MCUExchange.

"Ever since her short-lived stint as a Super Hero ended in tragedy, Jessica Jones has been rebuilding her personal life and career as a hot-tempered, sardonic, badass private detective in Hell's Kitchen, New York City. Plagued by self-loathing, and a wicked case of PTSD, Jessica battles demons from within and without, using her extraordinary abilities as an unlikely champion for those in need... especially if they're willing to cut her a check."

So it seems that Jones was already went down the super hero road and is not recovering well from the Attack on New York from the first Avengers. Even better is that Netflix has an official synopsis as well, albeit a bit more vague.

Now that's pretty standard, especially given the fact that we didn't learn much about Daredevil until a month or so before the show's debut.

AKA Jessica Jones is looking to premiere later this year, but no official date announced just yet.