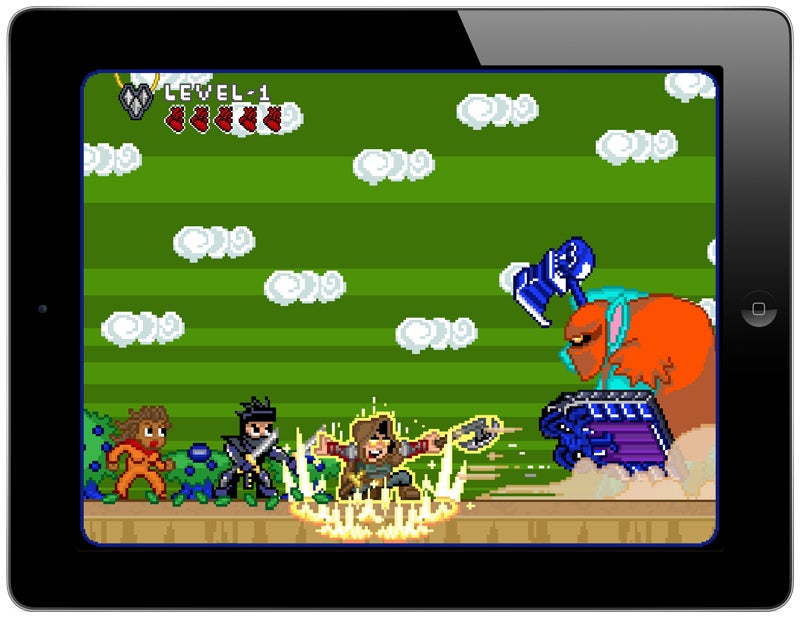 Along with the highly-anticipated release of Unity #1, in stores today, Valiant has announced a new, 8-bit Unity special produced exclusively for ComiXology for $1.99. Better still, the story is actually canon, set in the same world as the standard Unity series. The premise: "Even the most dreaded team of heroes needs a training day. Before they take the fight to X-O Manowar in the pages of UNITY #1, Toyo Harada is launching his all-star squad of heavy hitters – Ninjak, Eternal Warrior, and Livewire – into the most intense, most unpredictable, most fantastic battle simulation ever undertaken. Can these inscrutable heroes survive a pixel-smashing fight through each of gaming's greatest milestones? Find out today in Valiant 8-Bit Adventure: UNITY #1!" While Valiant has had big success with 8-bit variant covers and even a fully-animated 8-bit cover for Unity (seen below), this is the publisher's first foray into the world of the 8-bit Guided View Native comic that has been created specifically for digital, showcasing comiXology's unique digital-only storytelling experience. Written by acclaimed creator Ben McCool with art from Valiant 8-Bit superstar Donovan Santiago and fan-favorite penciller ChrisCross, Valiant 8-Bit Adventure: UNITY #1 is the first, full-length look inside the world of Valiant 8-Bit with an all-new adventure starring X-O Manowar, Ninjak, Eternal Warrior and the rest of Valiant's elite super-team, Unity!

"We're excited to help bring Valiant's first Guided View Native title to life and look forward to many more of their great stories to come," said comiXology co-founder John D. Roberts. "It's amazing to see the kinds of innovative comic story-telling the Guided View Native format has produced and Valiant 8-Bit Adventure: UNITY #1 brings us another stunning example of just that." "ComiXology's Guided View Native format opens up a whole new horizon of storytelling possibilities," said Valiant CEO & Chief Creative Officer Dinesh Shamdasani. "This is the next step in expanding Valiant's incredibly successful 8-Bit initiative, and the Guided View Native process has allowed us to capture the best of what traditional comics and old school gaming have to offer for a one-of-a-kind reading experience unlike anything Valiant has attempted to date. Ben, Donovan, Chris and Assistant Editor Josh Johns have delivered something truly innovative here."