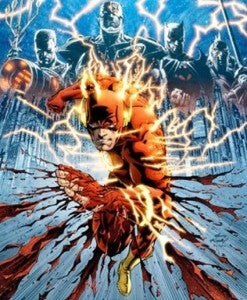 Live from New York Comic Com at the end of the Dark Knight Returns Part 2 event (which sees it's movie out in January), they revealed a few projects for 2013. Later in the year 2013 for animated movies, there will be Superman Unbound (with leaks suggesting Molly Quinn has a role) and Justice League: Flashpoint, based on the Geoff Johns event, which might see its premiere screening at San Diego Comic Con Internationale. Previously announced, but mentioned nonetheless, was the Lego Batman: Heroes United animated movie.