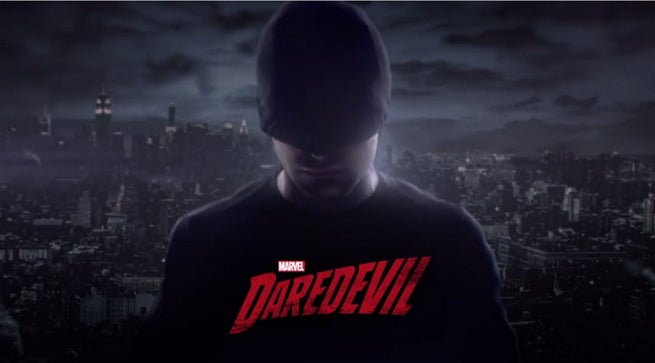 Our friends at the Meanwhile... webcast took aim (presumably aided by sonar vision) this week at Daredevil, the Man Without Fear.

That makes sense, of course; their mission statement is to help fans of TV and movies come to find love of the comic book source material, and Marvel's Daredevil is set to debut on Netflix April 10.

Blinded by a chemical accident as a child that heightened his other senses, lawyer Matt Murdock seeks justice for his murdered father -- and the rest of New York -- as Daredevil. 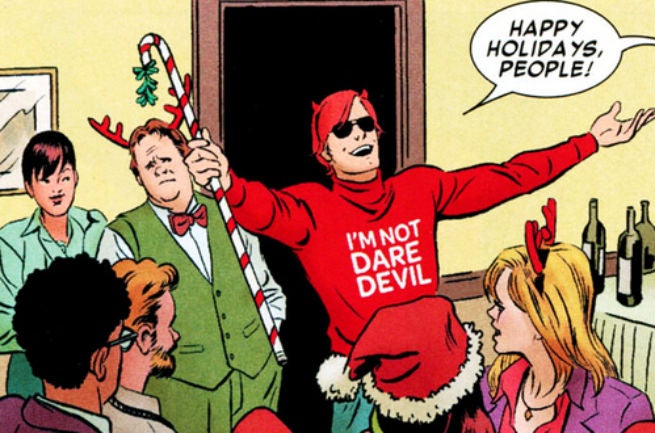 ...Clearly, one of his greatest skills is an unmatched mastery of disguise.

With a wide variety of storytelling styles associated with the character and failures on both the small and big screens, Daredevil might seem like an unlikely character to bring on as the first of five (count 'em -- five!) new series from Marvel and Netflix, but the video below will give you a little taste of what makes him so beloved.

The new Netflix series "Marvel's Daredevil" is about to release their entire first season, but who exactly is Daredevil? In this episode of Meanwhile, Nathan digs into the backstory of the Man Without Fear, and gives great starting places to start reading his comics. He also talks about what Daredevil is up to nowadays and how to jump into current stories.

Who is Marvel's Daredevil? Get Up to Speed Here