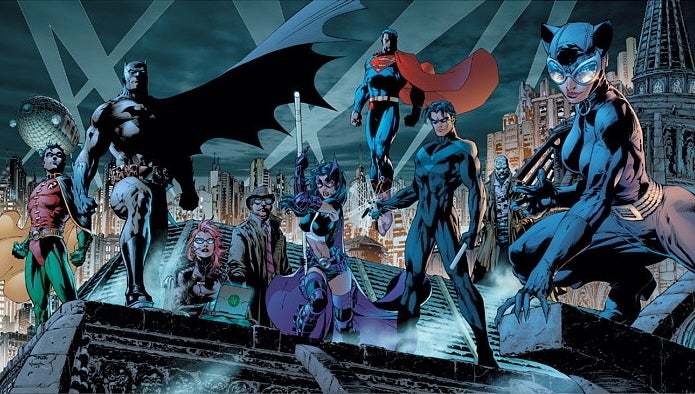 At least one area in which DC Comics has been consistently successful is their catalog of animated movies.

Much of that success can be traced back to the groundwork that was laid by legends Bruce Timm and the late Dwayne McDuffie. Another key factor has been DC's decision to adapt some of their most popular and best-selling graphic novels into feature length films.

One title that has been conspicuous by its absence is Batman's Hush.

The graphic novel broke sales records and it provided an excellent showcase of the characters and mythos which makes Batman distinct.

The 2002-2003 comic book arc revolves around Hush, a mysterious stalker who seems hellbent on sabotaging Batman. This new foe proves to be the Caped Crusader's greatest challenge yet. This new foe also appears to be someone from Batman's past.

What distinguishes Hush from other Batman tales, is that it shines a spotlight on many of key players who have shaped Gotham. The Joker and many of the Rogues make their presence felt but that's to be expected. The Riddler has some surprising developments. With Gotham being a hit on Fox, Hush—which also  explores a number of Gotham's villains—would in many respects be the ideal tie-in.

Catwoman's arc is definitely one of note and between her juxtaposed with other female characters and being an unlikely yet fiercely loyal ally to Bruce, by the end of the saga she establishes herself as the queen of Gotham and a worthy partner and equal to (both romantically and professionally) to Batman.

Hush is an epic in that the story is self contained for the most part, but by it's conclusion the landscape of the Batman universe is changed forever. If Hush managed to find unprecedented success as a graphic novel, one doesn't have to be the World's Greatest Detective to deduce that same success would easily translate with an animated movie.

Why Hush Should BE Adapted Into AN Animated DC Film

Ewan McGregor Talks Star Wars Prequels Love: "It Didn't Feel Like That When They Came Out"

My Hero Academia Cliffhanger Raises a Major Question About Dabi