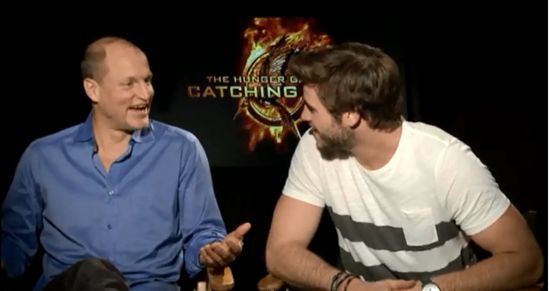 With both Liam Hemsworth and Chris Hemsworth emerging as very successful actors over the last couple of years, one might think that everyone knows that the two are brothers. Beyond just sharing the same last name, the fact that the two look very similar should be a dead giveaway.

When Liam and a reporter start discussing that his brother Chris' movie Thor: The Dark World is coming out (at the 3:51 mark in the video), Harrelson has a perplexed look on his face. Then, Harrelson turns to Liam and says, "I never got that was your brother until just now. And you do have the same last name, now that I think about it."

As Liam and the reporter break out in laughter, Harrelson adds, "I honestly never put that together." Check out the entire hilarious segment below.