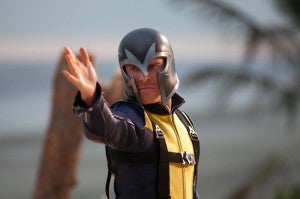 Justin Kurzel's Michael Fassbender-starring film adaptation of Macbeth has settled on a leading lady in the form of Marion Cotillard, Deadline reports.

Fassbender just wrapped production on X-Men: Days of Future Past, his second film as Magneto. He's also had smaller roles in comic book adaptations 300 and Jonah Hex for Warner Bros.

Cotillard will play Lady Macbeth in the film, rather than Star Wars and V for Vendetta actress Natalie Portman, who was previously rumored. Cotillard previously appeared as Talia al Ghul in The Dark Knight Rises.

Production on Macbeth, which is being produced by the people behind The King's Speech and Shame, will begin in January. A release date is not yet set (and it's not even listed on either star's IMDb pages yet).

There have been a number of filmed productions of Macbeth over the years but the greatest--Scotland, PA--starred James le Gros, Maura Tierney and Christopher Walken.

X-Men: Days of Future Past and The Dark Knight Rises Stars Unite for Macbeth