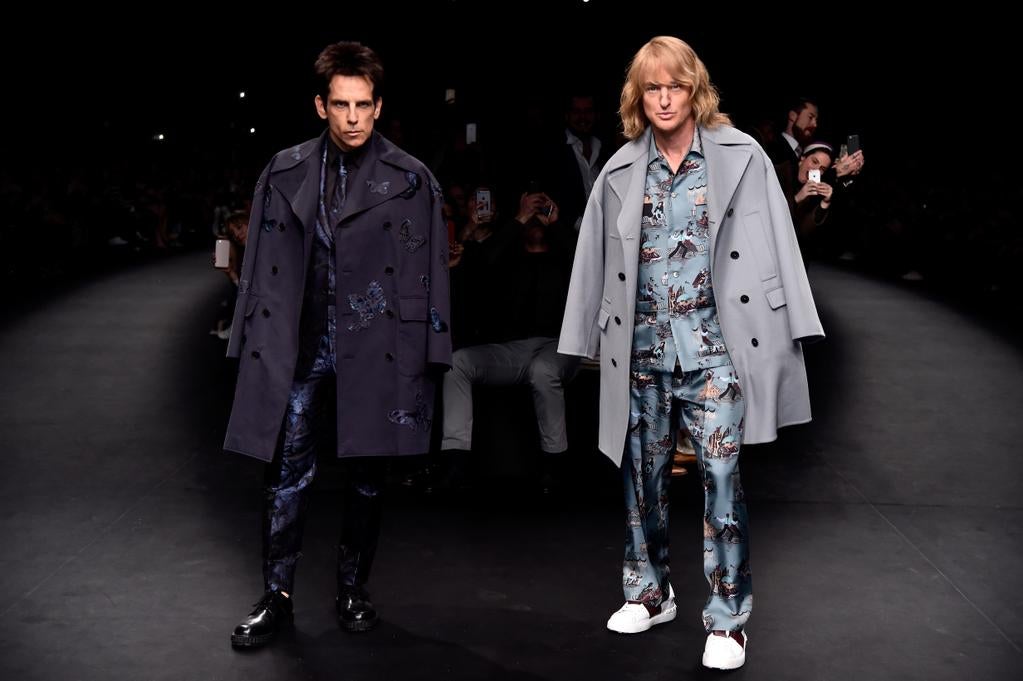 The superheroes of the runway are staging a glorious comeback, as a sequel to the Ben Stiller comedy Zoolander has been officially announced.

Officially titled Zoolander 2, the sequel will reunite Ben Stiller and Owen Wilson as Derek Zoolander and Hansel for a February 2016 release.

Channeling their characters' flair for the theatrics, Stiller and Wilson crashed a Paris fashion show this week as Zoolander and Hansel. The franchise's studio, Paramount Pictures, made the official announcement on their Twitter feed shortly after.

The series' other stars, like Will Ferrell's Mugatu and Christine Taylor's Matilda, will join as well. And with a release date less than a year away, more details should come in soon.