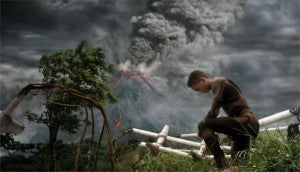 After Earth has joined the likes of John Carter and Battleship by crashing with a loud thud on its opening weekend at the box office. Despite the star power of Will Smith, After Earth was skewered by critics, becoming one of the worst reviewed films of the year. Early predictions had After Earth landing with a disappointing $30 million to $40 million with its opening weekend box office, but bad reviews seem to have helped drive those projections even lower. According to Deadline, After Earth opened with $9.7 million on Friday and is now targeted to finish with just $27.2 million for its opening weekend. On Friday, After Earth was third at the box office, behind both Fast & Furious 6 and Now You See Me. In it's second weekend of release, Fast & Furious 6 took the pole position on Friday with $10.5 million. New release Now You See Me followed closely with $10 million. Now You See Me is projected to hold the #2 position for the weekend with $27.8 million, while Fast & Furious takes the checkered flag with $35.1 million.

After Earth Crashes At Box Office, While Fast & Furious 6 Drives On