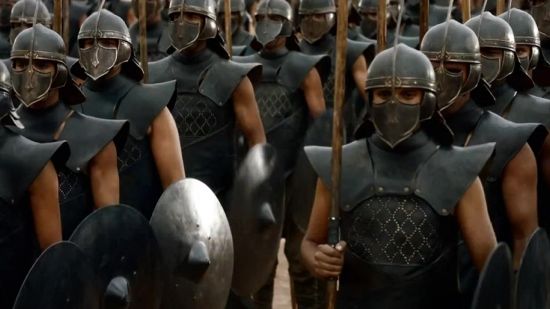 While there was no new episode of Game of Thrones on Sunday, two celebrities have released a recap of previous episodes, which has gone viral. In just a couple of days, Seth Rogen and Snoop Dogg's recap of the Game of Thrones has accumulated over half a million views on YouTube. Be warned that the video contains extensive spoilers for Game of Thrones, including the most recent Mockingbird episode. Also, be warned, as one might expect from a Seth Rogen and Snoop Dogg video, the language is definitely not safe for work. During the video, Seth and Snoop discuss if they would ever be in a movie or show similar to Game of Thrones. Both of them have an interest, which leads to a discussion on the Unsullied, who are a group of elite warrior-eunuchs.