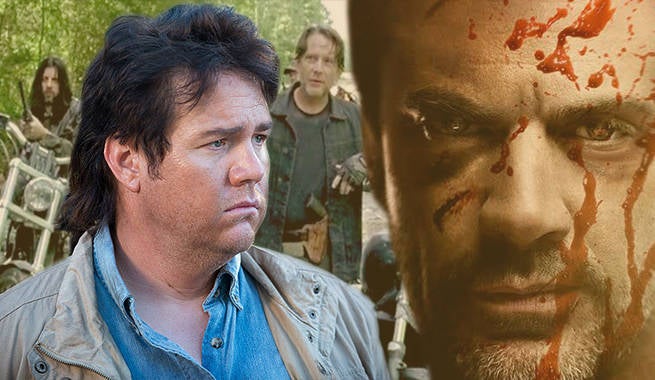 Following Sunday's episode of The Walking Dead, ComicBook.com had the chance to host a live Q&A and recap of East with Eugene Porter himself, Josh McDermitt.

We took to our The Walking Dead on ComicBook.com Facebook page to pose your questions directly to McDermitt and before ending the chat, we had to have him weigh in on what promises to be a brutal finale of the show's sixth season.

Previously, cast members of The Walking Dead have shared their opinions on the big 16th episode of the season and it's been consistently terrifying for fans. Melissa McBride couldn't speak. Lennie James calls it phenomenal. Ross Marquand dubs it the "craziest thing ever." The list goes on. From McDermitt's perspective, it looks just as grim but, at the same time, is very exciting.

"I echo a lot of those sentiments about the episode but ultimately I feel like it's the best episode the show's done in just reading the script. These last eight episodes are some of the best that the show's done. My hat is off to our writers and Scott Gimple and Robert Kirkman and our entire crew for just putting together an amazing set of episodes. I really like where the show is headed and I'm excited for it and just reading that finale I was, in a sense, speechless. I can't wait for it to air. I can't believe we're here already! Next week!"

Recap and Q & A with Josh McDermitt!

Posted by The Walking Dead on ComicBook.com on Sunday, March 27, 2016

As for how to make sure you're ready for impact on Sunday night, you can't