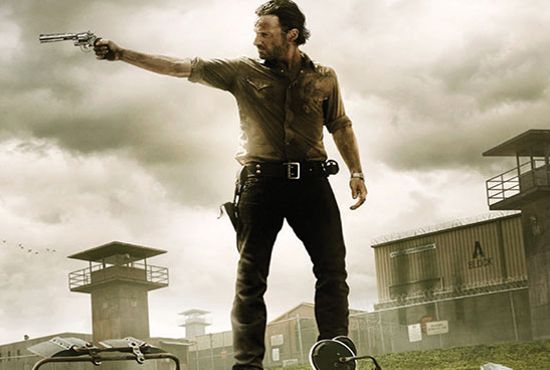 When it comes to movies, people really like comic book movies. The Dark Knight Rises, The Avengers, and The Amazing Spider-Man dominated the nominations in the movie categories for the 2013 People's Choice Awards. But the movies categories weren't the only place that comic book inspired entertainment proved to be popular. AMC's hit TV series The Walking Dead also picked up a couple of nominations. The Walking Dead was nominated for Favorite Cable TV Drama, where it will compete against Burn Notice, Leverage, Pretty Little Liars, and White Collar. The Walking Dead was also nominated for Favorite Sci-Fi/Fantasy TV Show, where it will compete against Doctor Who, Once Upon A Time, Supernatural, and The Vampire Diaries. Fans can vote online from now through December 14, 2012. The People's Choice Award 2013 will air live from the Nokia Theater L.A. Live on Wednesday, January 9, 2013 from 9 PM to 11 PM ET on CBS.