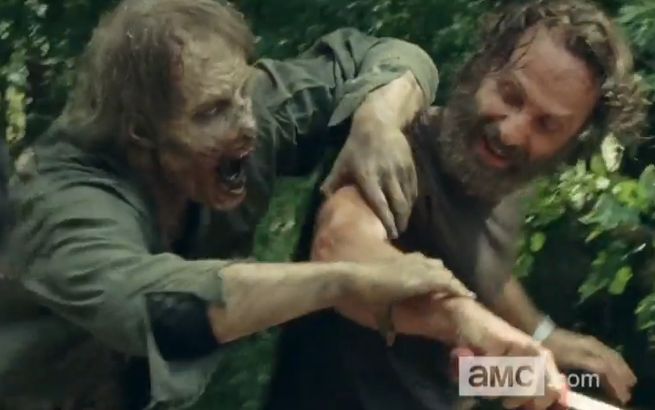 In the sneak preview, Rick's group is shown walking down the highway and through the woods. Michonne says, "We're a hundred miles away, but if it's some place that we can be safe. It's a chance...instead of just being out here...instead of just making it."

The Walking Dead Sneak Preview Of The Rest Of Season 5