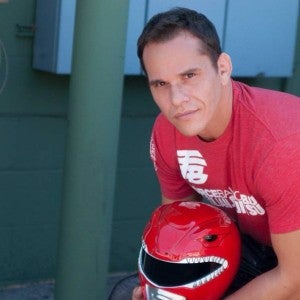 Steve Cardenas had an interesting career path as a Power Ranger. Brought in to replace the popular Red Ranger played by Austin St. John, (check him out on Facebook and Twitter) the martial artist-turned-actor went through a cattle call audition not unlike what you might see for American Idol. He joined thousands of other would-be Rangers--professional and amateur actors, martial artists and stunt men--and was whittled down to a final three who had to travel from Dallas to Los Angeles to be interviewed by producers. Once he got the gig, Cardenas played Rocky the Red Ranger and the Blue Zeo Ranger, which took up about five years of his life before he left the series--and show business--rather abruptly, his character replaced by a 10-year-old in one of the stranger cast changes in the show's twenty-year history. Now founding his own martial arts studio and hitting the convention circuit in celebration of the twentieth anniversary of Mighty Morphin Power Rangers, Cardenas joined ComicBook.com to talk about his experiences on the series, with the show's fans and the kind of surreal nature of looking back on a job you had in your twenties and realizing that, more than a decade later, people are still talking about it. ComicBook.com: It's interesting: My experience with Power Rangers fans, especially the adult ones, is that they're very passionate. Is it a little weird dealing with that phenomenon when you haven't been in show business your whole life? 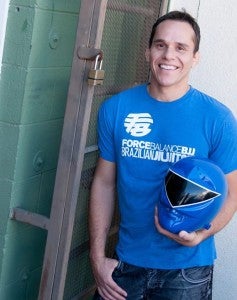 Steve Cardenas: It's true--you have to embrace all of it obviously, and embrace all the fans which I do and have. I'm very interactive with them; I try to answer their e-mails when I can and so on and so forth. Sometimes it can be a little overwhelming because I want to reach everybody but I can't no mater what I do but I just do the best that I can with it and hope that they appreciate what little I can do. ComicBook.com: It's got to be a little easier getting back into the convention circuit, right? I mean, then you can connect with lots of fans at once. Cardenas: I'm starting to do a lot of conventions now again. I stopped for a couple of years because I was building my business--Force Balance Brazilinan Jujitsu Studio--but now I'm back in it again. For the tail end of this year I've got some shows coming up and some for next year. The next one I have coming up is the London Film and Comic Con Oct. 5-6. I was set to do the New York Comic Con too but that's not going to happen anymore because of a scheduling conflict. ComicBook.com: Did you decide to get back into it because of the hype around the 20th anniversary? Cardenas: I think it was just sort of coincidental; it was actually Jason Frank who texted me and said I should get back into the circuit; he got me the first couple of shows that I got this year. I hadn't really planned on it and it didn't really occur to me that it was already 20 years but he said that I needed to go in costume and meet the fans and build a fan base that way so that's waht I did. It is surreal to see a lot of the guys--some of them I haven't seen in a long time, some I see all the time. Some of them I haven't seen in ten, fifteen years. 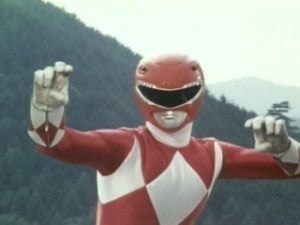