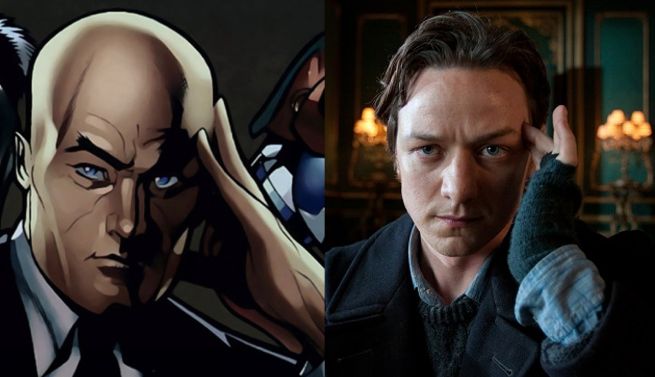 I don't know if it's my imagination but any reference to X-Men in the media of late has namedropped Simon Kinberg instead of his co-writer, co-producer and director Bryan Singer. It continues with James McAvoy's new reference to the film in a chat with The Huffington Post. I guess I shouldn't be surprised.

Right now, McAvoy doesn't seem to know much about X-Men: Apocalypse but he does tell us to expect the film to be global, which makes sense in light of the title. He also says that he thinks this is the film where he'll finally have to go bald.

Whether or not Professor X will moult before the film, during the film or at the climax remains to be seen but we might just get answers to that and other, pressing X-issues soon. McAvoy says Kinberg has promised to tell him more in a "couple of weeks", and so I think we can start to expect a lot more trivia to leak out through interviews as we go along.

X-Men: Apocalypse is set for release in May 2016, and will go into production in Montreal early next year. Kinberg's not going anywhere, and neither is McAvoy, but we're still waiting for confirmation that Singer is sticking around. I do hope so, for the sake of the film.

There's a lot of new casting to be revealed too, not least that of the titular villain. Many months of X-gossip ahead, and I won't pretend I'm not looking forward to it.