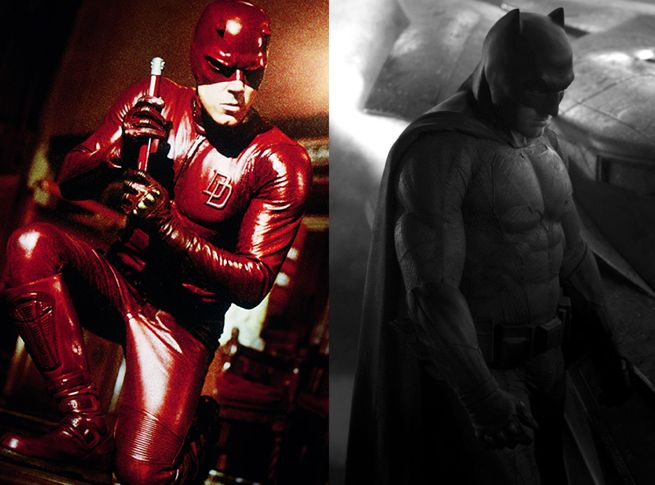 When Warner Bros. first announced the casting of Ben Affleck as Batman, a lot of people pointed to Daredevil as a reason that Affleck shouldn’t be allowed near another superhero franchise. Despite actually being a modest success at the box office, Daredevil was widely panned by both critics and fans.

It turns out that Affleck understands the Daredevil concerns. In a new interview with NPR, Affleck addressed that particular complain head on. Here’s what Affleck had to say.

Indeed I have regrets about Daredevil. I have regrets about all the movies that I don't think were executed properly. ... Look, if I thought we were remaking Daredevil, I'd be out there picketing myself ... and that goes for other movies as well that I haven't been happy with. You know, I'm hard on myself and I have exacting standards and I want to do excellent work and I don't always succeed, but I think you have to start out with that drive.

[Batman] was written by Chris Terrio, who wrote Argo, who's not a comic guy. And it's directed by Zach Snyder, who's a incredibly magical sort of visual stylist who's steeped in the comic world. And you have this sandwich of talents. I felt very confident about it. ... I thought it would be nice to make one of these movies really, really good.

Affleck raises some very good points, as the problems with Daredevil extended far beyond his acting ability. Affleck has also come a long way since Daredevil. Some of the best acting of his career has come in his recent performances in The Town, Argo, and Gone Girl.

Ben Affleck Says Batman V. Superman Will Not Be Another Daredevil

7 Shows to Watch Now That Steven Universe Is Over

WWE WrestleMania 36: What Is a Boneyard Match?

The Walking Dead Season 10 Episode 14: Look At The Flowers